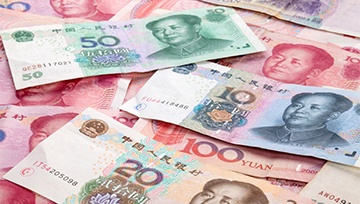 Asian Stocks Mixed As Xi Trade Boost Fades, US CPI Up Next

Ever felt you’d like to know more about Bitcoin? The free DailyFX guide is for you

Asian markets failed to capitalize further Wednesday on the global gains seen following Chinese President Xi Jinping’s more conciliatory trade speech the day before. Perhaps this shouldn’t be a surprise as Asia of course got to hear it first and had already reacted with broad strength.

The Nikkei 225 ended the session down 0.5%, with the ASX 200 and South Korea’s Kospi down by similar amounts. The Shanghai Composite and the Hang Seng were both in the green.

In the foreign exchange market the US Dollar held on to most of its post-speech gains against the Japanese Yen, but approached two-week lows against a basket of its most widely traded peers. USD/JPY remains within the broad range which has limited trade since mid-February, with the test of the range top seemingly set to fail.

However there’s little to suggest that US Dollar bears have the resolve needed to challenge the still-distant range base and support close at hand looks firm.

People’s Bank of China Governor Yi Gang added some financial aspects to President Xi’s trade liberalization comments. Speaking at the Boao Forum, as his President did the day before, Yi said that the stock connect facility between Hong Kong and Shanghai would have hugely bigger capacity from May 1, and that other financial sector reforms would follow.

Gold prices steadied through the Asian session while crude oil prices made initial gains, reportedly on worries over the possibility of Western air strikes in Syria. However, they surrendered these as Asia’s Wednesday wore on.

Still to come on Wednesday are Consumer Price Index data from the US, trade and manufacturing numbers out of the UK. Investors will also get a look at real US earnings and oil inventory levels from key delivery node Cushing, Oklahoma.