The Canadian Dollar was one of the best performing majors on Monday, supported by BOC’s spring business outlook survey which rose to 16 in Q1 from 8 in Q4 2017. According to the Bank of Canada, business sentiment continues to be positive and most firms have been unaffected by US policy uncertainty. USD/CAD fell to its lowest since February 27th as expected after the formation of a bearish reversal pattern.

What’s interesting is that sentiment there improved despite ongoing NAFTA negotiations. Speaking of, President Donald Trump said that they are ‘fairly close’ on a deal. As far as other ones go, stocks initially rallied earlier in the day when trade war fears ebbed. Mr. Trump hinted that they will ‘probably’ reach a compromise with China to resolve their disputes. The S&P 500 was on its way to rise more than 2 percent.

However, things quickly went south towards the end of the session when reports crossed the wires that the FBI raided the office of Trump’s longtime lawyer Michael Cohen. Political risk took its toll on the markets and the S&P 500 dropped and finished the day just 0.33% higher. In the end, sentiment-linked currencies such as the New Zealand Dollar were still holding on to gains despite a pullback.

Although the Australian Dollar was left rather mixed if not slightly lower against its major peers. Earlier in the day, the Aussie fell alongside the Nikkei 225 on reports that China will study Yuan devaluation as a tool in trade conflicts. Keep in mind, US President Donald Trump ended up not labeling China as a currency manipulator about a year ago. This brings up the question if he will revisit his stance if this develops.

To wrap things up, the anti-risk Japanese Yen underperformed as well as the US Dollar. Perhaps both saw few demand as a result of the pickup in ‘risk on’ trading given their haven status. Looking ahead, we will see what the Asian markets may focus on more on Tuesday. Will it be the calming in trade war fears? Or perhaps the nervousness because of political risks? 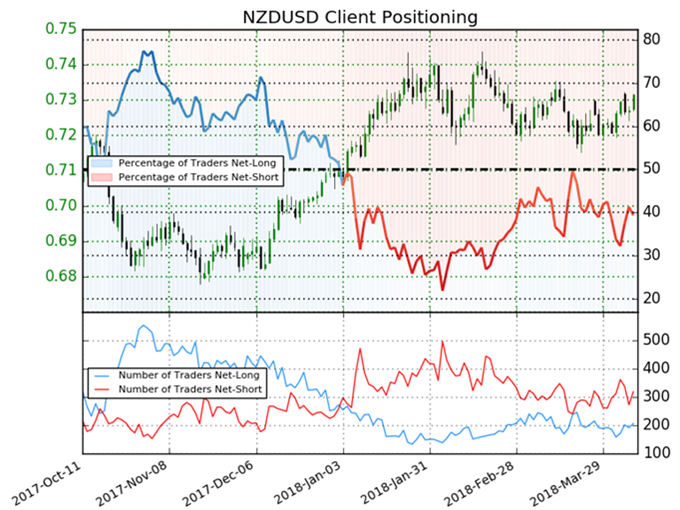