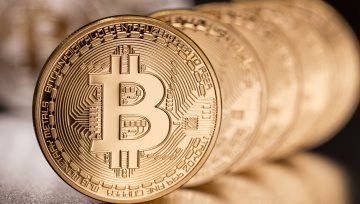 The Soros Fund Management family office has announced they will begin trading and investing in cryptocurrencies. The fund, previously managed by George Soros, oversees $26 billion in assets and received internal approval to trade the digital coins in the last few months. Mr. Soros, who earned the name “The Man Who Broke the Bank of England” has a storied history dealing in currencies. He earned his nickname from his involvement and position in Black Wednesday, September 16th, 1992, when the British Pound was pulled from the European Exchange Rate Mechanism due to heavy downside speculation. Mr. Soros was among those shorting the Pound and walked away from the trade earning $1 billion. His position and subsequent profits added credence to his reputation as one of the premier currency speculator in the world.

The move is noteworthy for a few reasons, primarily due to his reputation and track record in currency markets but also because of comments made in the past by Mr. Soros himself. On January 25th when speaking at the World Economic Forum in Davos, he argued that certain currencies will be propped up by “dictators looking to build a nest egg abroad.” He also previously accused the coins of lacking traditional currency traits, primarily, a stable store of value. Soros argued the coins could never serve as a store of value because of their frequent 25 percent swings in a single day. He also called the coins a “classic bubble.” Since these comments were made, Bitcoin has fallen 41 percent and the market value of cryptocurrencies has deflated by nearly 70 percent from the beginning of the year. 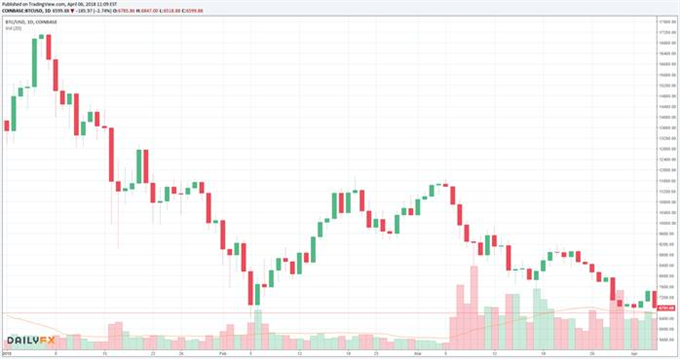 With their decline, a key criticism of the currencies seems to have been tentatively resolved for those dubious of the market. The asset-specific volatility plaguing the coins with 10 to 25 percent daily price swings have become increasingly less common and subsequently a more tradable environment has emerged. The newfound stability moves them closer to functioning as a stable store of value, something that likely influenced the Soros Fund to enter the market.

If you are looking to follow the cryptocurrency markets, we provide daily updates and analysis. If you are interested in trading Bitcoin, Bitcoin Cash, Ethereum, Litecoin, or Ripple we can help. Download our Introduction to Bitcoin Trading Guide to help you on your trading journey. In addition to these tools, we run a Weekly Bitcoin Seminar and have an IG Bitcoin Sentiment Indicator to help you gauge the market and make more informed trading decisions.