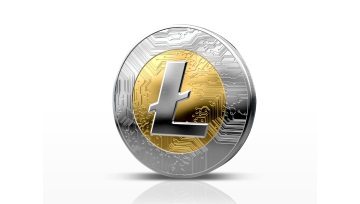 - Litecoin gives back all of its LitePay/LitePal rally and more.

News that Litecoin’s merchant payment processing system LitePay would close immediately hit Litecoin’s price and worse may be to come for the fifth-largest digital token. A tweet sent out by Litecoin creator Charlie Lee late Monday followed on news from the Litecoin Foundation website saying that LitePay had ceased all operations.

The announcement in early February over LitePay more than doubled the value of LTC in three weeks, jumping from around $105 to $253. However ever since the company announced in an email in early March that the launch of LitePay would be delayed, the price of LTC has fallen steadily.

The daily LTC chart also shows how the down channel from the $253 top has been respected and may point to further losses. On the downside, Fibonacci support cuts in at $119 ahead of a pair of lows around $106, before a void opens up all the way down to $50, the start of the November 2 – December 19 rally.

We discuss a range of cryptocurrency charts and price set-ups at our Weekly Cryptocurrency Webinar every Wednesday at 12:00 GMT.

If you are interested in trading Bitcoin, Bitcoin Cash or Ethereum we can offer you a wide range of free resources to help you. We have an Introduction to Bitcoin Trading Guide along with a Free Demo Account. In addition we run a Weekly Bitcoin Webinar and have an IG Bitcoin Sentiment Indicator to help you gauge the market and make more informed trading decisions.

What’s your opinion on Litecoin – bullish or bearish? Share your thoughts and ideas with us using the comments section at the end of the article or you can contact me on Twitter @nickcawley1 or via email at nicholas.cawley@ig.com.