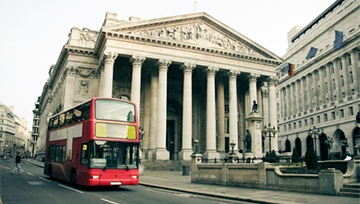 BoE Is Slightly More Hawish Despite Holding Rates, Markets Look Towards May Meeting

- The Bank of England (BoE) left the current bank rate unchanged at 0.50%, as was widely expected (a rate increases was priced in at less than 10% chance ahead of time).

- Brexit remains the largest source of uncertainty, inflation is expected to remain above the 2% target.

- Cable spikes above 1.42 but retraces shortly after

As was widely expected, BoE policy makers held the current bank rate at 0.50%. Although, the vote to hold the current rate was not unanimous. Only seven of Monetary Policy Committee’s (MPC) voted in favor of leaving the rates unchanged while two dissented. This comes as a surprise considering markets expected today’s decision to be unanimous. Though, the MPC voted unanimously to maintain the stock of corporate and government bond purchases.

BoE released a Monetary Policy Summary and minutes for this meeting. We have noted the most important points below:

As previously mentioned, today’s decision was widely expected. Despite the BoE providing little guidance as to future interest rate decisions markets, chance pricing in a 74% chance of a hike at the May meeting. 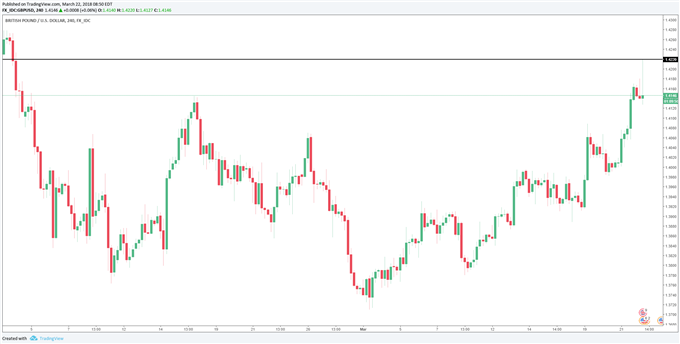 The fact that today’s decision was not unanimous sent Cable on a short rally. Immediately following the BoE announcement, Cable spike to 1.422, its highest level since the beginning of February. However, buyers could not break above that level of resistance after sellers pushed GBPUSD back to around 1.41.