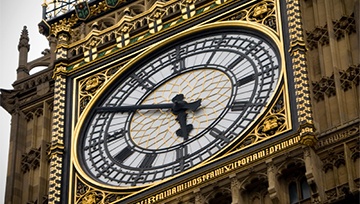 GBPUSD Well Placed to Reach 1.40 as Brexit and Russia Dominate

- GBPUSD is well-placed to reach the 1.40 level despite easing in early European business Tuesday.

- Economic progress and Brexit optimism will likely prove more important than the UK’s argument with Russia.

GBPUSD on course to reach 1.40

The 1.40 level for GBPUSD is now firmly in traders’ focus despite a slightly weaker tone for the pair in early European business Tuesday. As explained yesterday, the main domestic event is today’s Spring Statement by UK Chancellor of the Exchequer Philip Hamond at 1230 GMT.

The independent Office for Budget Responsibility is expected to revise down its borrowing forecasts for the UK and a less-gloomy tone would give the Pound a boost after early weakness today.

Moreover, hopes are rising that the UK and the EU can reach agreement on a so-called Brexit transition deal ahead of a European Council summit that begins on March 22. Yesterday, the UK’s junior Brexit minister Robin Walker said that the two sides are “very close to a deal this time” on an implementation [transition] period in which access to each other’s markets would continue on their current terms.

This should outweigh any concerns about an escalating dispute between the UK and Russia after a Russian former spy and his daughter were poisoned in the UK with a military-grade nerve agent. UK Prime Minister Theresa May has promised to take “extensive measures” against Russia if there is “no credible response” from the Russians and has been backed by US Secretary of State Rex Tillerson.

Whether you are a new or an experienced trader, at DailyFX we have many resources to help you: IG Client Sentiment data, analytical and educational webinars hosted several times per day, trading guides to help you improve your trading performance, and one specifically for those who are new to forex.