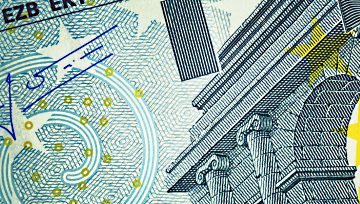 - The Euro was little changed in Europe Wednesday after ‘flash’ Euro-Zone inflation numbers for February.

Euro-Zone inflation eased to 1.2% year/year in February from 1.3% the month before, as expected, according to official “flash” data. A measure excluding food and energy fell, to 1.1% from 1.2%, when an unchanged number had been predicted.

However, the figures had little impact on the Euro ahead of next Thursday’s meeting of the European Central Bank’s rate-setting Governing Council. The ECB remains likely to tighten monetary policy this year, with rate rises perhaps following next year, and today’s inflation data do nothing to alter that outlook.

The only possible change on Thursday would be the dropping of a reference to the possibility of policy being eased.

EURUSD remains close to a five-week low and could slip further next week after two major political events at the weekend. If one of the two Eurosceptic parties in Italy does well in the weekend elections and looks like being part of a ruling coalition, that could be negative for the currency. Similarly, if members of Germany’s center-left Social Democratic Party prove to have voted against joining a coalition with Chancellor Angela Merkel’s conservative bloc, that could undermine the Euro as well.

Longer-term too, EURUSD could ease back given that the US remains on course to increase interest rates several times this year while the ECB remains on hold. Bundesbank President Jens Weidmann was hawkish in comments he made yesterday but Euro-Zone inflation remains well beneath the target of close to but under 2% and Jerome Powell, the new chairman of the Federal Reserve, was also hawkish in testimony yesterday.

Weidmann’s stance was no surprise – he has been a noted hawk for some time – and while inflation remains so far below target others on the ECB’s rate-setting Governing Council are unlikely to be in a hurry to tighten policy. Moreover, the latest economic data have been mixed.

The GfK measure of German consumer confidence, released earlier Wednesday, dipped to 10.8 in February from 11.0 in January and below the predicted 10.9. By contrast, German unemployment fell by 22,000 in February when a dip of only 15,000 had been forecast. Data on Tuesday on the business climate, economic confidence and services confidence all exceeded expectations.

Like to learn more? Listento our regular Trading Webinars