The sentiment-linked Australian Dollar appeared to appreciate against its US counterpart following the release of RBA’s February monetary policy minutes. However, initial response was rather mute.

In the report, the central bank reiterated that the increase in inflation was likely to occur only gradually as the economy strengthened. In addition, policymakers acknowledged that global and domestic data since December’s meeting has been generally positive. Going forward, they expect strong retail competition to persist over the next few years.

The central bank’s tone largely echoed what was stated earlier in the month and arguably had little new to add to the table. Just last week, RBA’s Governor Philip Lowe argued that he didn’t “see a strong case for a near-term policy adjustment”. As expected, the central bank continued to show reluctance in changing rates for now while the markets think otherwise.

A rather status quo minutes probably allowed the Australian Dollar to focus on risk trends uninterrupted. Leading into the release, the currency was already climbing alongside S&P 500 futures (E-mini contracts). Simultaneously, a weaker US Dollar probably also benefited the Aussie.

Shortly after the report crossed the wires, the sentiment-sensitive currency reversed course along with S&P futures (see chart below). With that in mind, the currency will probably continue tracing stocks. 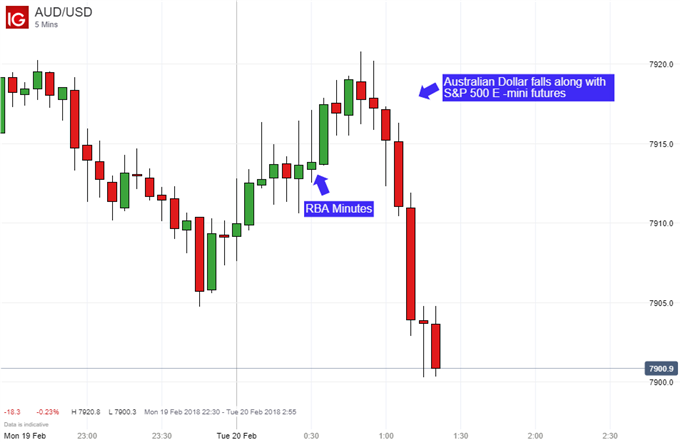 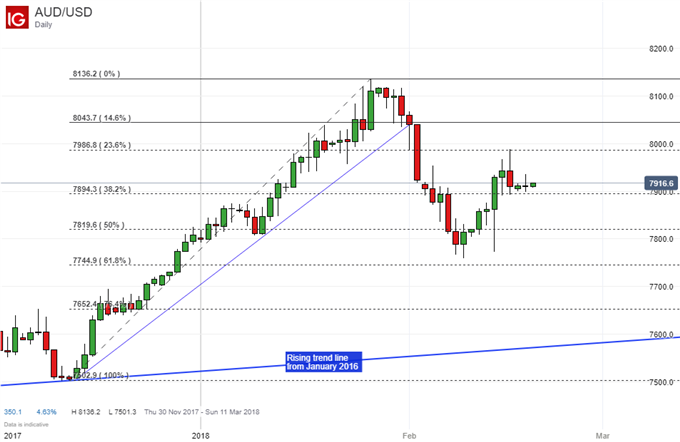 On a weekly chart, AUD/USD appears to be taking a break after a decline which followed the formation of a Bearish Engulfing candlestick pattern. This drop occurred as negative RSI divergence built up. A continuation of the reversal would have prices soon testing the long-term rising trend line from January 2016. 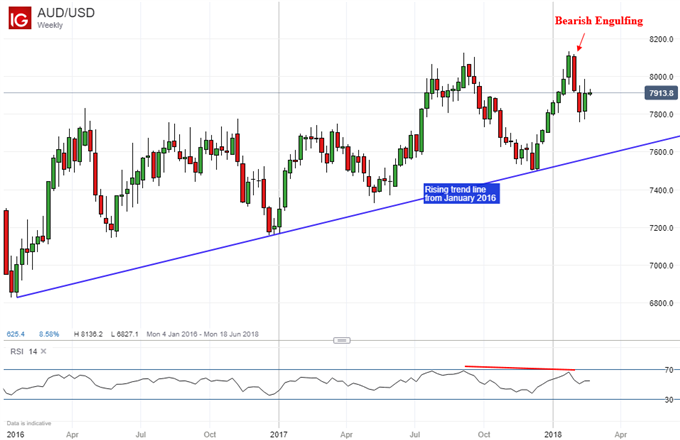