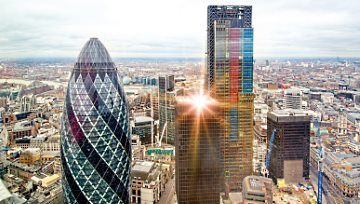 EURGBP Loiters Ahead of PM May’s Meeting with Chancellor Merkel

Recent Brexit commentary seemingly points to a thawing of the chilly EU/UK relationship with the EU said to have a dropped an inflammatory transition ‘punishment clause’ that sparked anger among the UK Brexit team and various EU member states. The punitive clause said that the UK could lose access to parts of the European single market if it broke EU red lines during the transition period.

In a new report published Thursday, the UK business body the Institute of directors (IoD) has put forward a hybrid future trade model to replace its current customs union with the EU. The report argues that the UK should pursue a new, bespoke and partial customs union with Europe, not unlike the current EU/Turkey example. The report concluded that,

“The UK and EU should focus on outcomes, not process. The option outlined in this paper would provide the continuity needed by some of our strategic sectors, alongside the autonomy over trade policy that was put forward as an argument in favour of Brexit”.

EURGBP has been stuck in a range over the last five months with investors unwilling to take a strong view either way on the pair. The range is characterised by the pair oscillating either side of the 50% Fibonacci retracement level of 0.88100 with the 38.2% level of 0.89270 and the 61.8% level of 0.86920 providing the outer limits. This range is likely to hold in the weeks ahead and provides investors with trading opportunities, especially when the pair reach the outer limits of the range.

What’s your opinion on EURGBP?Share your thoughts with us using the comments section at the end of the article or you can contact the author via email @nicholas.cawley@ig.com or via Twitter @nickcawley1.