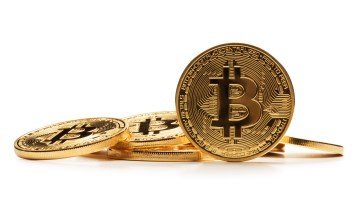 - Bitcoin continues its rally from its recent $6,000 low with ‘higher lows’ dominating the chart.

- A break and close above the first resistance zone should see BTC trade near $11,000 in the short-term.

Bitcoin continues its slow grind higher and is currently trading at the top of a noted resistance zone, made up of half-a-dozen lows and highs over the last month. The chart set-up continues to point to higher prices with nine ‘higher lows’ seen in the last ten trading sessions. This chart set-up should also provide strong support if the market decides to change direction, although from a fundamental stance the lack of any negative news makes it difficult to make a case for lower prices.

If BTC closes above Resistance Zone 1 on the chart below, then the next technical zone between $10,800 and $11,600 comes into play. This area also contains the 61.8% Fibonacci retracement of the November 11 – December 17 rally at $10,971 and may also intersect with the downward trend line from the mid-December high.

We typically take a contrarian view to crowd sentiment, and the fact traders are net-long suggests Bitcoin prices may continue to fall. Traders are further net-long than yesterday and last week, and the combination of current sentiment and recent changes gives us a stronger Bitcoin-bearish contrarian trading bias.

If you are interested in trading Bitcoin, Bitcoin Cash or Ethereum we can offer you a wide range of free resources to help you. We have an Introduction to Bitcoin Trading Guide along with a Free Practice Account. In addition we run a Weekly Bitcoin Webinar and have an IG Bitcoin Sentiment Indicator to help you gauge the market and make more informed trading decisions.

If you any questions you can leave them in the comments section at the end of this article or you can contact me via email at Nicholas.cawley@ig.com or via Twitter @nickcawley1.