The anti-risk Japanese Yen outperformed against its major counterparts on Tuesday. Declines in the Topix Index and the Nikkei 225, which were dragged down by automakers and banks, boosted the Yen during Asia’s session. A partial recovery on Wall Street later that day did little to reverse the currency’s strength.

Sentiment-linked currencies such as the Australian and New Zealand Dollars thus underperformed while the safe haven Swiss Franc also gained. Earlier in the day, the US Dollar tracked local bond yields lower.

Meanwhile, the Canadian Dollar declined alongside crude oil prices. API reported that oil inventories rose by 3.95 million last week. If an EIA report later today confirms this, it would make for the largest increase since December 29. 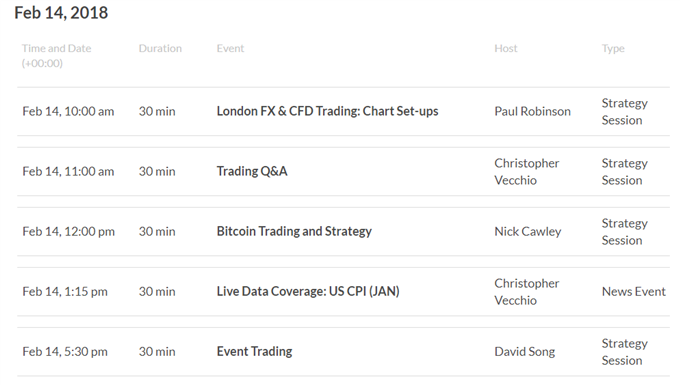 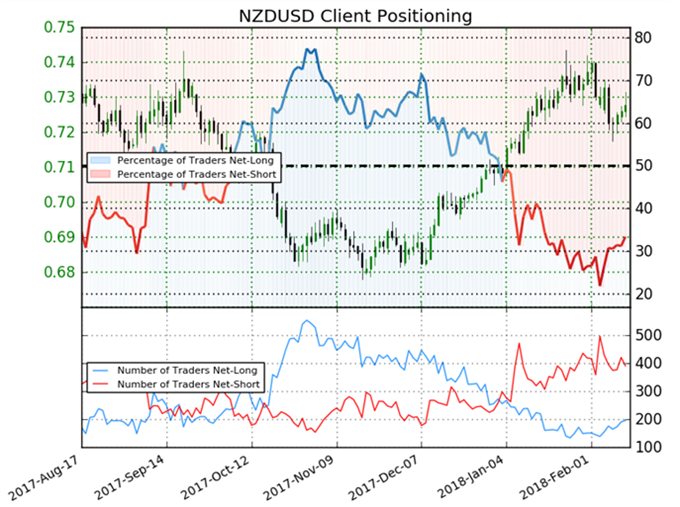 Retail trader data shows 33.4% of NZD/USD traders are net-long with the ratio of traders short to long at 1.99 to 1. In fact, traders have remained net-short since Jan 05 when NZD/USD traded near 0.70925; price has moved 2.6% higher since then. The number of traders net-long is 6.5% higher than yesterday and 40.0% higher from last week, while the number of traders net-short is 9.1% lower than yesterday and 23.0% lower from last week.