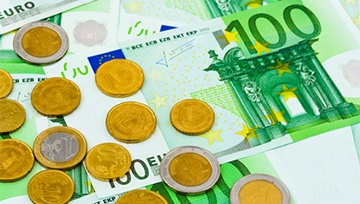 - Euro-Zone composite PMI rose above expectations to 58.8 while the UK composite number fell unexpectedly to 53.5 from a prior month’s reading of 54.9.

Check out our new Trading Forecasts - they’re free and have been updated for the first quarter of 2018.

Euro-Zone Growth Continues to Impress and May Hit Even Higher Heights.

Euro-Zone economic growth hit a 12-year high in January, according to the latest IHS Markit/PMI data, boosted by the strongest phase of job creation since late-2000.

According to Chris Williamson, Chief business economist at IHS Markit said: “At 58.8, the final Eurozone PMI for January came in even higher than the earlier flash estimate, registering the strongest monthly expansion since June 2006. “If this level is maintained over February and March, the PMI is indicating that first quarter GDP would rise by approximately 1.0% quarter-on-quarter.”

He warned however that the official GDP estimate is likely to be weaker than this “following the trend of recent GDP releases which show early growth estimates to be subsequently revised higher (and more in line with the PMI).”

And according to Williamson, UK growth forecasts could be down-graded after today’s release, after January saw a triple-whammy of softer UK PMI surveys, weakening Sterling further.

“While the fourth quarter (UK) PMI readings were historically consistent with the economy growing at a resilient quarterly rate of 0.4-0.5%, in line with the recent GDP estimate, the January number signals a growth rate of just under 0.3%.”

The latest UK monetary policy announcement will be released on Thursday, along with the Quarterly Inflation Report which includes the latest MPC thoughts on UK inflation and growth. Expectations have been growing that governor Mark Carney may deliver a mildly-hawkish report with growth expectations upgraded and inflation expectations downgraded slightly, leading to talk that the BoE may raise interest rates twice this year, probably in May and November. Today’s PMI data, while only one of a batch of closely watched economic indicators, may be highlighting that growth is not as robust as expected, tempering calls for any rate hikes in 2018.

We will be covering the BoE rate decision and the QIR release live from 11:45am on Thursday.

After having touched a low around 0.87160 at the start of February, EUR/GBP has rallied to a near a two-week high of 0.88315 on better-than-expected Euro-Zone data. The 20-day EMA is close to breaking above the 100-day EMA, a bullish indicator, although the stochastic indicator sits in extreme overbought territory and may signal caution ahead of the next up move.

We typically take a contrarian view to crowd sentiment, and the fact traders are net-short suggests EURGBP prices may continue to rise. Traders are further net-short than yesterday and last week, and the combination of current sentiment and recent changes gives us a stronger EURGBP-bullish contrarian trading bias