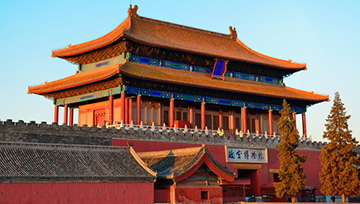 New to financial market trading? The Free DailyFX Guide is all yours.

The US Dollar wobbled a little once more on Friday despite US President Donald Trump’s remarks in Davos.

The President said that he wished ‘ultimately’ to see the currency stronger- as a reflection of confidence in the US economy. Initially his words were seen as dialing back those of Treasury Secretary Mnuchin this week. Mnuchin seemed to be relaxed about currency weakness. However, Trump’s use of the word ‘ultimately’ clearly suggested that current Dollar weakness may not be of great concern to the White House, and the currency slipped again through the Asian session.

Asian stock markets were mixed. The Nikkei 225 fell by 0.2% having relinquished modest early gains. Data released Friday showed that Japanese consumer prices were steady in December, with core prices up by 0.95- in line with expectations. Australian markets were closed for the Australia Day break, but stocks in China and South Korea posted small gains, the latter made an all-time record high on Thursday.

Crude oil prices dipped reportedly on doubts over demand levels in the immediate future while gold prices fell a little but remain on course for strong weekly gains.

Still to come in the remainder of global Friday are official Gross Domestic Product data from the US and UK, the European Central Bank’s survey of professional forecasters, Canada’s Consumer Price Index and the US advance good-trade balance. US durable goods orders are coming too, and Bank of England Governor Mark Carney will speak at the World Economic Forum in Davos.