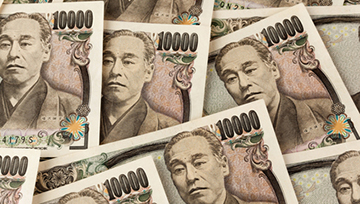 The Japanese Yen rose a little against the US Dollar after the Bank of Japan did as was universally expected and maintained all its monetary settings.

That left the key short-term interest rate at minus 0.1%, the ten-year Japanese government bond yield at 0% and the annualized pace of bond purchases steady at around JPY 80 trillion (US$721 billion). The Bank of Japan kept its forecast for core consumer price inflation for the 2017/18 fiscal year unchanged at 0.8%.

It expects the domestic economy to continue to expand modesty and said that it would stick with current ‘qualitative and quantitative’ monetary easing until consumer price inflation sustainably hits 2%. The accompanying quarterly report forecast that this would happen around fiscal 2019/20.

As usual, this makes it look as though massive easing will be with us for some time yet. At last, look core inflation was at just 0.9%. That was a two-year high, but 2% remains a long way away. Earlier this year a very modest cut in the BoJ’s regular bond purchases had markets on tenterhooks for some stimulus reduction, but these hopes seem to have been extremely premature.

The BoJ feels that momentum towards that 2% target still exists, but policymakers noted with disarming honesty that this momentum lacks strength. BoJ Governor Haruhiko Kuroda will speak later on the decision.

USD/JPY skidded a little on the data but was already creeping back up within minutes. A stronger-Yen reaction was not easily explicable by the decision which – if anything – might have been expected to weaken it. However, the BoJ’s assessment that inflation was likely to be steady, rather than the weakening it saw last time, could be behind the fall.

The Japanese Yen remains in the ascendant against the US Dollar on its daily chart. This seems largely a function of US Dollar weakness, itself a product of Euro strength and Washington’s turbulent politics.

USD/JPY is close to the top of a downtrend channel, which has persisted since January 9. Bulls will need to recapture last week’s highs in the 111.50 area as a first step in any more durable recovery. Recent lows in the 110.06 region lie in wait should they fail.