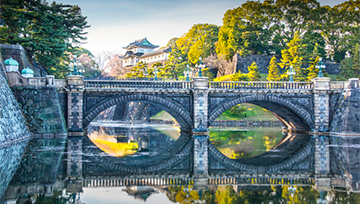 Asian stocks were mostly lower Wednesday as Wall Street’s lead took over. The Dow made a new record high above 26,000 intraday Tuesday but still managed to end the session in the red.

The Nikkei 225 closed down 0.4%, but remained close to 26-year highs. Core Japanese machinery orders chalked up a second straight monthly increase in November. Australia’s ASX 200 shed 0.5% following a fall in metal prices seen in the previous session. Most other regional indexes were lower with Shanghai the standout gainer.

Cryptocurrency prices were under severe pressure as the session got under way. Worries about regulation and possibly even outright trading bans in South Korea and China have fed widespread investor disquiet across the complex. However falls failed to accelerate through the Asian session and indeed some cryptocurrencies including Bitcoin bounced a little.

In the currency markets the US Dollar was a little higher. The previously rampant Euro had its wings clipped by worries that the European Central Bank may not tighten its monetary policy stance this month, and also that coalition talks in Germany had stalled again. The Australian Dollar got a modest boost from yet another strong piece of data from the consumer sector. However, it faded out as the US Dollar gained.

Gold prices inched up while crude oil prices slipped back as analysts wondered aloud about the sustainability of recent, very-strong gains.

The North American and European part of the day will bring Eurozone consumer price data, US industrial production and mortgage application numbers. An interest rate decision from the Bank of Canada is also due with a quarter-point rise expected.