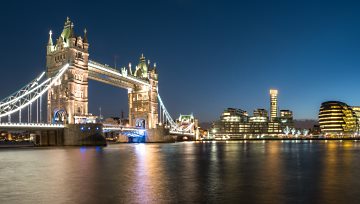 GBP/USD Pushing Higher But May Need to Consolidate

- GBPUSD trades at highs last seen on Brexit day as the US dollar slumps.

- The European Union Withdrawal Bill – Brexit Bill - will be debated in the House of Commons this week.

GBPUSD Continues to Push Ahead, Aided by a Weak US Dollar

The British Pound rally continues apace, especially against a weak US dollar, aided in part by slightly more positive Brexit talk coming out of Europe. At the end of last week Dutch and Spanish officials both made it known that they would like a ‘soft’ Brexit, to help keep the UK onside in the upcoming trade agreements. In addition, Luxembourg PM Xavier Bettel said the EU should adopt a softer approach on the financial services sector, calling for ‘pragmatism’ from both sides during the ongoing discussions. UK PM Theresa May will also meet French PM Macron on Thursday at a summit in South England

On Tuesday and Wednesday the European Union Withdrawal Bill will be discussed in the House of Commons, where the government hold a small majority. The bill is expected to pass before it goes to the House of Lords at the end of January, where the majority of the chamber are anti-Brexit, and expectations are high that changes will be needed to be made if the bill is to be passed.

GBPUSD touched a high of 1.3770 Monday, levels last seen on June 24 2016, the day after the UK voted to leave the European Union. The latest move has also been given extra fuel this year as the US dollar continues to weaken, despite the prospect of three US interest rate hikes in 2018. The US Dollar Index (DXY) currently trades around a three-year low of 90.15.

The Traits of Successful Traders and how to find the Number One Mistake Traders Make are just two of the topics covered in our Free Trading Guides. We also have a comprehensive section on Trading as a Business in the DailyFX University Expert Section, a wide range of Daily Technical Reports and Support and Resistance Levels.