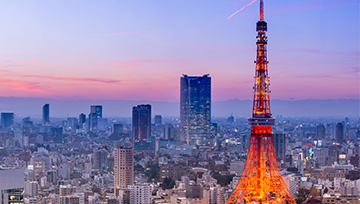 What trading opportunities do DailyFX analysts like best as a new year gets under way in the markets? Find out here.

Asian shares were mostly higher Monday thanks to a a strong Wall Street lead and a still-weaker US Dollar.

The Nikkei 225 rose 0.3%. Its financial names gained, keeping the index in the green despite a weaker showing from tech and autos. The Kospi rose by similar amount largely thanks to a snapback for domestic titan Samsung. Its stock had been depressed last week by weaker profit guidance. The ASX 200 was up by 0.1%- the gold sector did well as that weaker Dollar propped up the yellow metal’s price.

The Shanghai composite was the only regional loser, with the Hang Seng still up after a fourteenth consecutive higher close on Friday.

The US Dollar continued to edge lower against its widely traded rivals as investors move to price in tighter monetary policy across developed economies rather than solely in the US, as had been their habit in 2017. The Australian and New Zealand Dollars seem to be benefitting particularly from this. The Chinese Yuan rose to highs not seen for more than two years following a Reuters report which said Germany’s Bundesbank would add the currency to its official reserves.

The US Dollar index is now around three-year lows.

An unofficial snapshot of Australian inflation continued to be more robust than the official figures but the Australian Dollar took scant notice.

Gold prices hit a four-month peak as the US Dollar slipped back. Crude oil prices were hit by news of an increased US rig count but did not fall far.

The economic data calendar is extremely light as we head into a new week with only Canadian housing start numbers likely to attract much investor attention. US equity and bond markets will be closed for the Martin Luther King Day holiday.