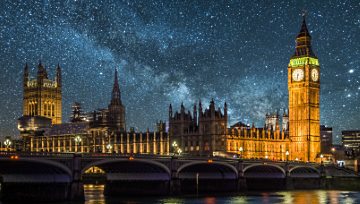 Have a question about why the British Pound did what it did? Join a Q&A webinar and ask it live!

The British Pound became one of the worst performing majors during early Thursday’s trading session as more sour news related to the UK crossed the wires. Earlier on Wednesday, the IMF downgraded its prediction for economic growth in this country to 1.6% this year from 1.7%.

GfK consumer confidence clocked in at -13 in December versus -12 expected. This was the lowest outcome since December 2013, four years ago. Other aspects of the report showed that the economic and personal finances outlook held steady at -28 and +2 respectfully. The other downgrade happened in the climate for major purchases, which fell to -4 from -3.

The decline in UK consumer confidence occurred amidst recent Brexit-related developments. Last week, Theresa May suffered a legislative defeat by 309 to 305 where pro-European Conservatives backed an amendment to her EU withdrawal bill over parliament’s right to a meaningful vote on the Brexit deal.

In addition, the Prime Minister conceded on Wednesday that Brexit could be delayed until after March 2019. She also insisted that it would only be in “exceptional circumstances for the shortest possible time”. Lower consumer confidence in this context may lead to less consumption, particularly if there is more uncertainty if Brexit ends up being delayed. 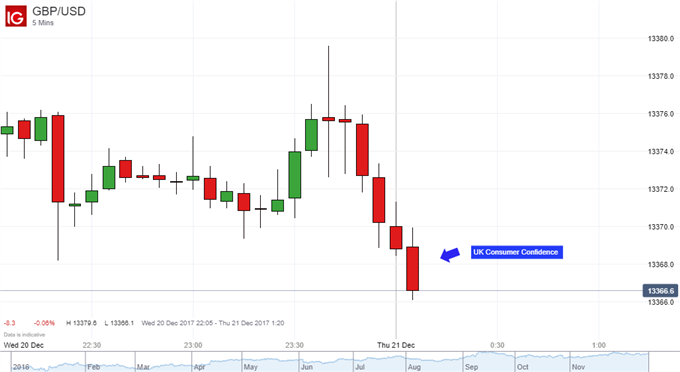 On a daily chart, GBP/USD has been trying to push lower after breaking out of a range established in early October. However, it is quickly running out of space to consolidate due to the wedge created by the falling resistance line in early December (see chart below). 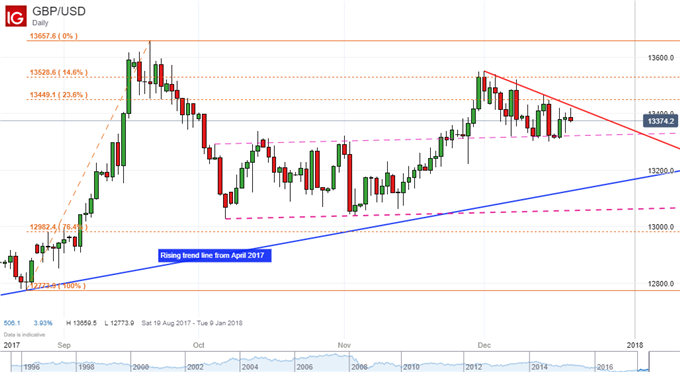 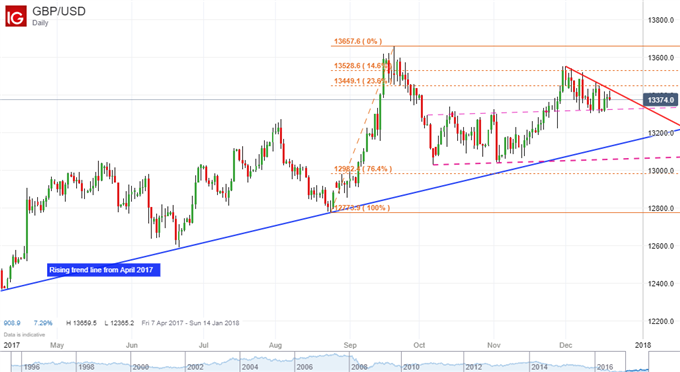