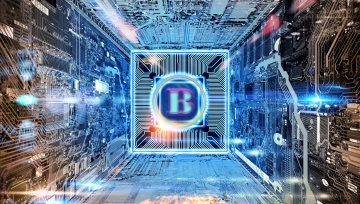 - Bitcoin futures pointing to higher prices in the months ahead.

Bitcoin futures launched on the CBOE on Sunday and immediately rallied higher, pushing prices back up to near record levels. However the launch was not without problems as trading volatility caused circuit breakers to kick in and halt trading on two occasions. According to the contract specifications, trading will be halted for two minutes if prices move by 10% or more while trading will stop for five minutes if the price moves by more than 20%.

The CME is expected to launch its BTC futures contract on December 18.

The latest price move saw Bitcoin hit a market capitalization in excess of $282 billion while the cryptocurrency market as a whole is nearing $450 billion, up from just over $18 billion at the start of the year.

The launch of BTC futures looks to have taken some of the premium Korean Won (KRW) traders were paying out of the market. In times of volatility, KRW buyers were paying on average a 10%-15% premium but overnight that premium halved to around 5% as the contract gave traders a new source of liquidity.

We discussed BTC’s price at this week’s Bitcoin webinar and the majority view of participants had BTC hitting $15,000 by December 24 with the outliers at $10,000 and $20,000. If you would like to join us every Wednesday at 12:00pm for updated news and views, please click here.

The legitimacy of Bitcoin took a further turn for the better on Friday when French Finance Minister Bruno Le Maire said that the country would allow some trading of non-listed securities using blockchain technology. “The use of this new technology will allow fintech firms and other financial actors to develop new ways of trading securities that are faster, cheaper, more transparent and safer,” Le Maire said in a statement.

The cryptocurrency market as a whole had a strong start to the week with the screen awash with green as sentiment remains bullish. Bitcoin Gold (BTG) had a good session rising in excess of 26% while Litecoin (LTC) continued its recent rally, adding another 16%. 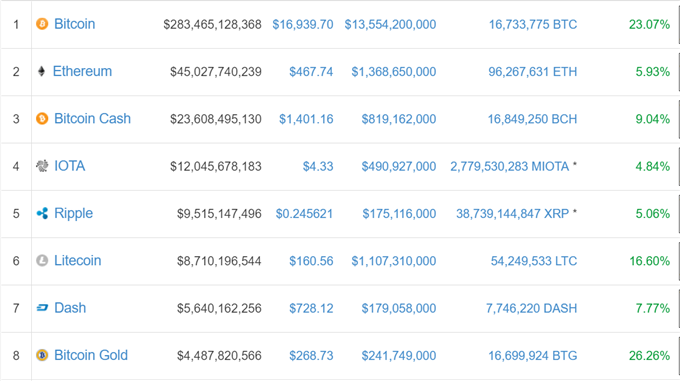