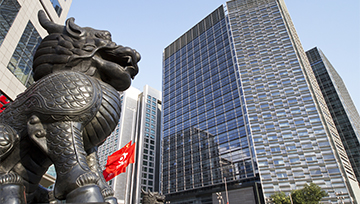 The Australian Dollar continued to gain Tuesday on news that China’s private service sector did quite well last month.

The November Purchasing Managers Index from local media outfit Caixin came in at 51.9. That was the fastest pace of expansion since August and well above October’s 51.2. Coupled with the slightly disappointing Caixin manufacturing PMI released last week, Tuesday’s release made a composite reading of 51.6. That was above the previous month’s 51.0

Any PMI above 50 means expansion for the sector in question. Taken together with the official November PMIs the Caixin figures speak to a Chinese economy heading into year end with clear if not stellar growth.

Taking both into account, China’s domestic economy seems on course to hit Beijing’s self-imposed growth target for this year of 6.5% or above. However, it is worth bearing in mind that, growth will remain at multi-decade lows even if expansion is near that target rate.

The Australian Dollar can act as a liquid proxy for the world’s second-largest national economy thanks to Australia’s famed raw-material export links with China. It seems to have done so to some extent on Tuesday, indeed it certainly rose after the data. However, it was already heading higher thanks to some perky retail data released earlier.

Still, AUD/USD remains in a broad downtrend. This is not too surprising given that the US Federal Reserve is expected to raise interest rates this month, and to continue to do so into 2018. By contrast the Reserve Bank of Australia has kept its official cash rate at a record low of 1.50% for over a year now, and may do so throughout 2018.

The RBA will give its December monetary policy decision Tuesday, with no interest-rate move expected. Still the extent to which it seems to endorse the thesis that low rates could endure for a long time yet will be key for the currency.

Should it prove a little more hawkish then AUD/USD could be in for an upside test of its long-enduring downtrend channel. The pair has settled into a range over the past few trading sessions, one which has brought the channel’s top tantalisingly close.