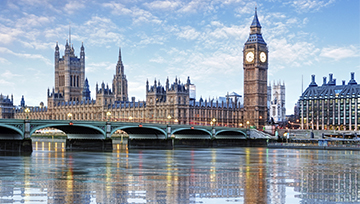 - The UK has shown a “willingness to conclude a positive outcome” according to German MEP Manfred Weber.

- Sterling may receive a boost and target multi-week highs against the USD.

Brexit negotiations may be moving forward, according to recent comments from a close ally of German Chancellor Angela Merkel, boosting economic optimism and giving Sterling an uplift. After a meeting with UK PM Theresa May, German MEP Manfred Weber said that he was now more optimistic that the current Brexit impasse will be broken and that talks will progress.

“The message is that the will is there,” he added. “That is the most important thing, because the perspective from a European point of view toward London was that in the last month or two there was not. After my meeting I have more certainty about the general direction and that is positive.”

And this positive note may be being fuelled by talk that PM May is considering offering an additional £20 billion to help divorce bill negotiations. PM May has already promised £18 billion to help secure a transitional deal. The divorce bill is currently one of three areas of disagreement between the UK and the EU and any progress on the exit bill will help move talks forward. Last week Brexit negotiator Michel Barnier gave the UK two weeks to come up with more in-depth plans on these areas. If Barnier believes that there has been sufficient progress, EU exit talks would be able to progress to the second phase including future trade agreements.

GBP/USD has remained resilient in the last few weeks as markets continue to bet that Brexit discussions will move forward. And if a positive sign is given by Michel Barnier next week, the pair may well push back towards the 1.34000 level seen in early October.

Ahead next week, UK Chancellor of the Exchequer Philip Hammond will announce his latest budget with expectations growing that he will boost public sector pay, giving the economy a much needed boost.