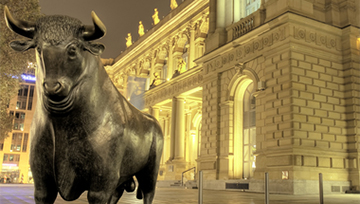 - The Euro eased in Europe Tuesday after figures showing a fall in German industrial output in September but higher than expected Euro-Zone retail sales.

- Looking ahead, EUR/USD is likely to be driven by the Dollar side of the pair.

What Does the Fourth Quarter Hold for the Euro, Oil, Equities and Other Key Markets? Find out here

The Euro slipped back in Europe Tuesday after news of better than expected Euro-Zone retail sales in September but a larger than predicted fall in German industrial production. The numbers contributed to a drop in EUR/USD but the future direction of the pair is likely to depend more on events and data in the US than those in the Euro-Zone.

German industrial output fell twice as fast as forecast month/month in September, dropping by 1.6% rather than 0.8% after August’s impressive 2.6% increase. The German economy ministry put growth in the third quarter as a whole at 0.8% and said there should be further increases in the coming months.

Later, Euro-Zone data showed retail sales in September rose by 0.7% rather than the 0.6% expected after a revised drop of 0.1% the month before. August sales had previously been reported to have fallen by a sharper 0.5%.

However, the more timely purchasing managers' index for the Euro-Zone retail sector in October recorded a drop to 51.1 from the previous 52.3.

In the markets, the Euro was modestly weaker after the data and speeches by two European Central Bank governing council members who concentrated on banking rather than monetary policy at a conference.

Looking ahead, the short-term future of the EUR/USD pair is likely to be driven by the US side of the equation rather than the Euro-Zone side. The ECB intends to tighten monetary policy early in the new year but the immediate focus is on the US Senate’s presentation of its version of tax reform this week, although the precise timing remains unclear.