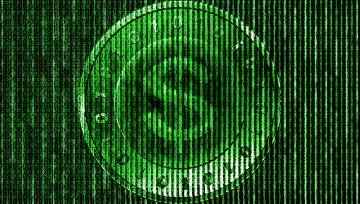 Bitcoin Soars to $7,300 in Asian Trade as Bullish Momentum Continues

- Bitcoin trades at $7,300 overnight on the back of heavy buying volume in Asia

The crypto-currency heavyweight hit a fresh high in excess of $7,300 in Asian hours with Korean Won (KRW) buyers yet again dominating price action. 24-hour volume was also heavy with in excess of $3.5 billion traded across the top 10 exchanges. And the standout over night was the $7,305 average price seen at the Bithumb exchange with Korean Won buyers ramping the price to a new all-time high.

A look at the table below shows Korean Won buyers paying a $400 premium compared to USD or JPY denominated exchanges. The rise comes despite little news flow overnight, although the Reserve Bank of Australia continued to give the market the green light. RBA officials said that crypto-currencies do not pose any urgent regulatory issues at the present time and that the central bank is not looking to regulate blockchain protocols. 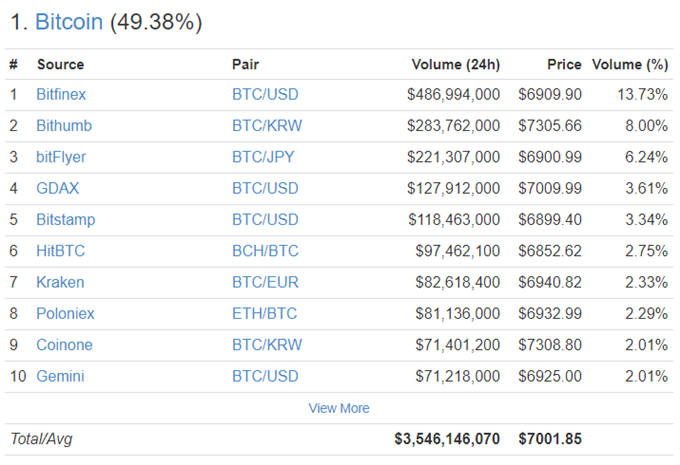 We have been discussing the importance of watching crypto-currency prices in Asian hours over the last couple of weeks at our Weekly Bitcoin webinar on Wednesdays at 12:00pm - if you would like to join us, please click here.

Bitcoin Cash (BCH), the original blockchain spin-off, touched a six-week high overnight, with Korean Won buyers again dominating, After sitting in the $280 -$320 range for a couple of weeks, BCH buyers have sent the coin back to levels last seen in mid-September, with the path of least resistance pointing to the Fibonacci retracement level at $672 before $700 or higher.