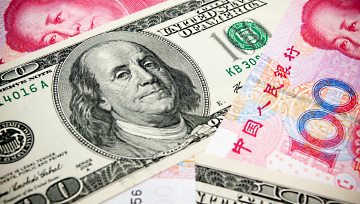 Trade the major global economic data live at the DailyFX Webinars. We’d love to have you along.

Asian markets were mixed again Tuesday after their US counterparts ended lower on news that planned tax reductions could be implemented in phases.

Japan’s Nikkei 225 ended the session flat. The Bank of Japan kept its monetary policy settings on hold as had been universally expected. Meeting the press, BoJ Governor Kuroda recommitted the BoJ to keeping stimulus on tap until inflation reached an annualized rate of 2% and cautioned that now was not the time to discuss any exit from monetary accommodation. The country’s industrial production declined by 1.1% on the month in September, slightly better than the 1.5% fall which forecasters predicted.

South Korea’s Kospi rose 0.9% with gains for automakers and retailers in the lead. Samsung confirmed is most profitable quarter ever. The ASX 200 shed 0.2%. Chinese stocks were mixed too with the Shanghai Composite up 0.2% and the Hang Seng down 0.05%. A snapshot of Chinese manufacturing output fell short of expectations for October but was inline with this year’s broad trends.

The US Dollar hit a one week low against the Yen as investors nervously eyed news that investigators looking into Russian interference in last year’s election had charged President Donald Trump’s former campaign manager.

The remainder of the session will bring Eurozone Gross Domestic Product and Consumer Price Index data. Canadian GDP stats are coming up too, along with the US employment-cost index, the Case-Shiller housing index, official consumer confidence statistics and the Chicago PMI. The Conference Board’s ‘Present Situation’ snapshot is due as well.