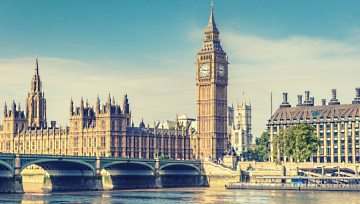 - US dollar index pushing higher as US bond yields continue to rise.

If you are new to FX trading and would like to know the Traits of Successful Traders, updated guides are here.

UK 3Q GDP rose by a better than expected 0.4% Q/Q increasing the chances that the Bank of England will hike interest rates at next week’s monetary policy meeting, according to the latest data from the UK Office for National Statistics (ONS). On an annual basis, the UK economy grew by 1.5%, in line with expectations.

According to Darren Morgan, Head of National Accounts, services, led by increases in IT, motor trades and retail, continued to drive GDP growth. Manufacturing also boosted the economy, while construction output fell for the second consecutive quarter, although it remains above its pre-downturn peak.

Today’s release will embolden BOE hawks ahead of next week’s Bank of England ‘Super Thursday’ when the central bank will announce its decision on interest rates, the minutes of the MPC meeting and the quarterly inflation report. The central bank is now likely to announce a 0.25% interest rate hike, despite inflation running above target at 3.0%.

GBP/USD rose on the data release after having drifted lower in early European turnover.

On the other side of the pair, the US dollar is currently gaining strength from rising US bond yields that continue to make multi-year highs. The interest-rate sensitive 2-yr currently yields 1.60%, the 5-year offers 2.055% while the 10-year benchmark yields 2.425%. US interest rates are expected to rise by 0.25% one more time in 2017, with a potential three more hikes in 2018. The US dollar is gaining strength after the latest poll shows that hawk John Taylor is expected to become the next Chairmen of the Federal Reserve.

Retail trader data shows 58.5% of traders are net-long with the ratio of traders long to short at 1.41 to 1. We typically take a contrarian view to crowd sentiment, and the fact traders are net-long suggests GBPUSD prices may continue to fall. Traders are further net-long than yesterday and last week, and the combination of current sentiment and recent changes gives us a stronger GBPUSD-bearish contrarian trading bias.