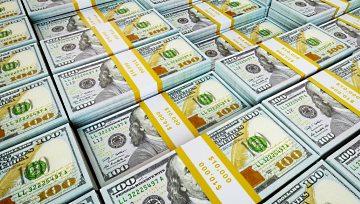 DailyFX US AM Digest: British Pound Drops on Retail Sales Dollar Lower with US Yields

The US Dollar (via DXY Index) has seen its losses from Wednesday, triggered by a round of US weaker than expected housing data, trickle into Thursday absent any new bullish developments in the past 24-hours otherwise. As September US economic data has started to roll in, it’s becoming increasingly clear that Hurricanes Harvey and Irma will have had a materially negative impact on Q3’17 GDP. Yesterday, the Atlanta Fed, New York Fed, and St. Louis Fed all downgrading their Q3 US GDP estimates after Wednesday’s data.

The Euro continues to drift higher as traders stake out positions ahead of the ECB’s October policy meeting, one week from today. The Catalan independence movement appears to be evolving into a new phase of struggle between the regional Catalonia government and the federal Spanish government, but thus far the probability of contagion is low and thus any impact has been contained locally to Spanish Bonos and the IBEX 30.

The British Pound slipped earlier following a round of retail sales data that showed consumption trends are weaker than anticipated. Like the US economy, nearly 70% of headline UK GDP comes from consumption. The combination of higher inflation and weaker consumption may create a policy dilemma for the Bank of England, throwing a wrench into their best laid plans to raise rates in November.

The North American calendar is one-sided today, with no releases due from Canada. Despite a sizeable flow of data and information, however, there are no ‘high’ importance events from the United States. As such, with the upcoming data releases more interesting from an ‘economics’ rather than a ‘trading’ point of view, the US Dollar will likely brush aside any short-term influences today’s data releases bring. 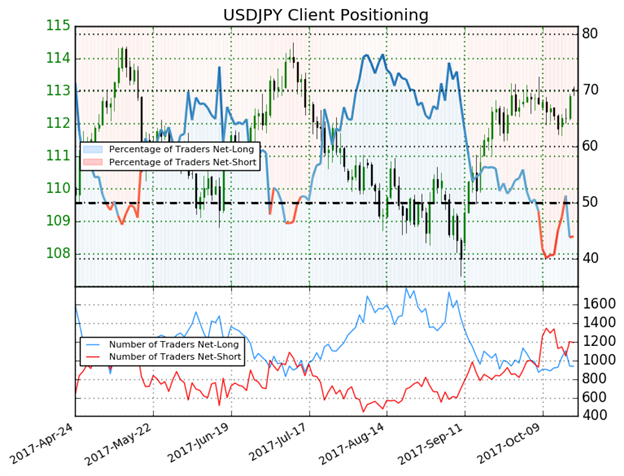 We typically take a contrarian view to crowd sentiment, and the fact traders are net-short suggests USDJPY prices may continue to rise. Positioning is more net-short than yesterday but less net-short from last week. The combination of current sentiment and recent changes gives us a further mixed USDJPY trading bias.