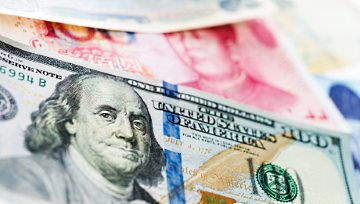 Is there a secret ingredient? DailyFX has taken a deep, deep dive into the Traits of Successful Traders

Asian stocks were mixed Thursday as investors digested economic data out of China and news of a new government for New Zealand.

Official Chinese growth data for the third quarter came in exactly as expected, if a little softer than last year’s. Other numbers, such as industrial production and retail sales, were robust, but Shanghai and Hong Kong stocks could not hold on to gains. The same can’t be said for the Nikkei which extended its winning run to 13 straight sessions, the longest streak of green for 30 years, despite Japanese imports and exports just missing forecasts. The Tokyo benchmark ended up 0.4%, with Australia’s ASX 200 just 0.02% higher at the close. The latter had been higher earlier after strong local labour-market data boosted rate-hike bets.

The US Dollar hit two-week highs against the Japanese Yen, boosted by rising US yields and the increasing suspicion that incumbent Japanese premier Shinzo Abe will be returned with a working majority at this weekend’s election. The New Zealand Dollar slipped following news that the Labour Party would be the largest member of a new coalition government. The nationalist New Zealand First party gave its allegiance to Labour after long negotiations. Kiwi bulls would have preferred a government led by the formerly incumbent National Party.

Gold prices slipped a little as the US Dollar gained. Crude oil was steady through the Asian session, with investors eyeing an extension of supply cuts from traditional producers.

Still to come Thursday we look forward to UK retail sales numbers along with initial and continuing jobless claim data out of the US. The Philadelphia Federal Reserve’s business outlook is coming up, along with the leading indicators.