- Sharp correction may see BTC consolidate before making a fresh attempt at $6,000.

The DailyFX Bitcoin Glossary is designed to provide traders with a continually updated reference for important terms and concepts essential for understanding the emerging cryptocurrency universe.

Bitcoin’s relentless march higher saw the digital coin near $6,000 in heavy Asian volume with exchange turnover in excess of $4 billion at the time or writing. US dollar pairs saw the highest volume, followed by Korean Won and Japanese Yen denominated-pairs. The price surge followed Thursday break above the $5,000 level for the first time, continuing the rally from the September 15 ‘low’ of $2,975. The recent rally has taken the overall digital market valuation to just over $170 billion, just $7 billion short of its all-time high. The upcoming hard-fork is currently providing the driving force behind the market while the recent news that Japan FSA gave official approval to 11 crypto-currency exchanges is also helping to drive volumes and prices higher. 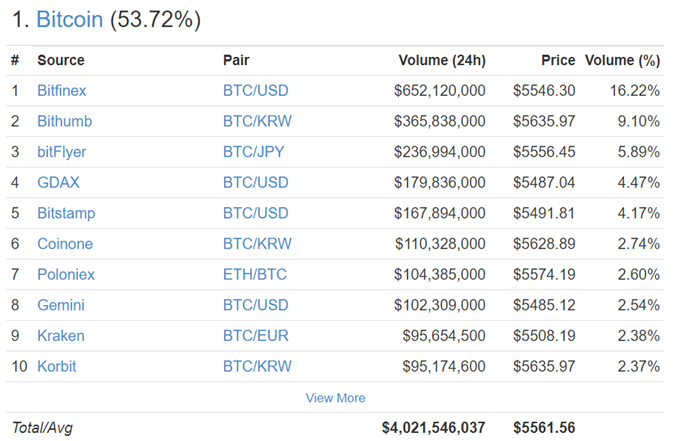 A look at the hourly chart however shows that buyers did not have it all their own way as sellers sent the coin down over $300 in one hour as profit taking took hold. While the market looks as though it may consolidate in the short-term, the upward momentum remains intact and new highs are likely to be pursued with the 20-day ema at $5,400 providing the first level of support. 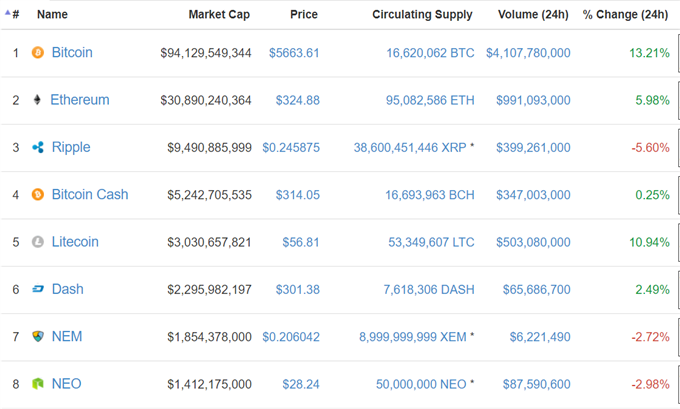