How is the Australian Dollar faring among retail foreign exchange investors? Check out the DailyFX Sentiment Page for more.

The Australian Dollar was steady Friday despite a big miss for China’s latest trade data.

The country’s September trade balance came in at CNY193 billion, well below both the expected CNY266 billion and August’s CNY286.5 billion. A straight calculation puts the surplus at US$29 billion although the actual Dollar-terms figures will come later. Exports rose by 9% on the year, again less than expected, while imports rose by 19.5%, well above the forecast 16.5%.

The data are compiled by China’s customs service which said that the fourth quarter’s trade outlook was clouded by global instability and uncertainty.

The Australian Dollar can often act as the foreign exchange market’s liquid China-economy proxy thanks to its home nation’s commodity export links with the world’s second-largest economy. At present that proxy link is often strongest when Chinese numbers disappoint, as was seen earlier this week when a lacklustre Chinese service-sector snapshot sent AUD/USD down. However, it was pretty stable on the trade figures, possibly as it has been a broadly good week for the bulls in any case. Increased Chinese imports may also be good news for Australia despite that lower overall surplus- China is its largest goods market. 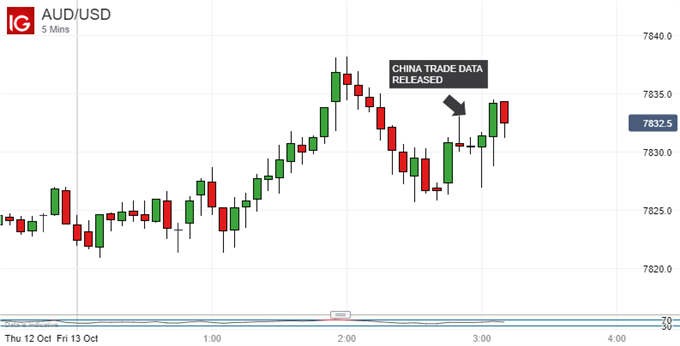 The Australian Dollar has staged a modest fightback against its US cousin as domestic consumer confidence, inflation expectations and financial conditions all supported it. However, with the US Federal Reserve apparently on course tighten monetary policy again, and the RBA thought unlikely to do so for some time, the overall backdrop remains skewed toward the US currency. 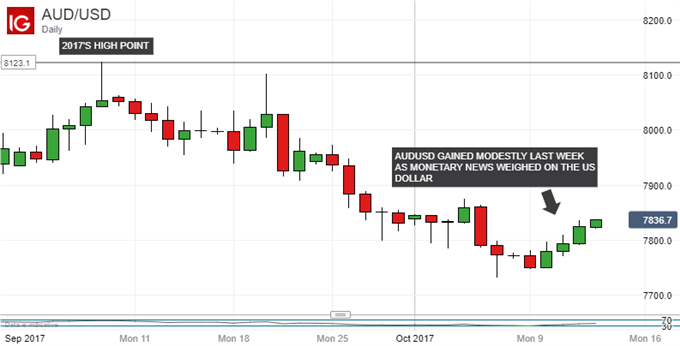