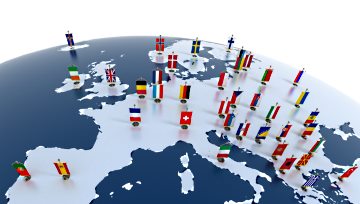 EUR/USD Continues to Climb as Spain Imposes Deadline on Catalonia

- EUR/USD is still benefiting from Spain’s deft handling of Catalonia’s independence bid and a weak US Dollar.

- The Spanish PM has given the regional Catalan government eight days to change its mind.

EUR/USD extended its recent gains in Europe Thursday as the Spanish government in Madrid continues to outflank the regional Catalan government in Barcelona that declared independence after a disputed referendum but suspended it immediately and called for a dialogue between the two sides.

In the latest development, Spanish Prime Minister Mariano Rajoy has given the regional government eight days to withdraw its declaration or face direct rule from Madrid. That would probably be followed by a snap regional election. In the meantime, the Euro could well strengthen further as the Dollar remains weak and Rajoy continues to outflank regional President Carles Puigdemont.

Technically, EUR/USD faces little resistance before it hits the line connecting the April and June lows at around 1.2020, the August high at 1.2070 and the September high at 1.2095, although the 1.20 round number itself could also be hard to break through.

As for sentiment, IG Client Sentiment data show traders are currently net-short, suggesting EUR/USD may continue to rise. Traders are further net-short than yesterday and last week, and the combination of current sentiment and recent changes gives us a stronger EUR/USD-bullish contrarian trading bias. 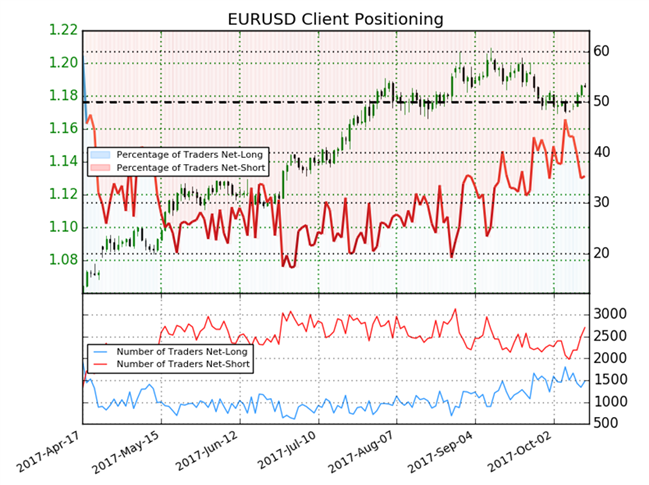 The latest Euro-Zone economic data are positive for the currency too, with August industrial production figures for the area, released Thursday, showing a much sharper rise than expected. Output climbed by 1.4% month/month, well above the expected 0.6% and the previous 0.3%. That raised year/year growth to 3.8% from 3.6% when economists had forecast a fall. Monthly growth was the strongest since November 2016, keeping a tightening of Euro-Zone monetary policy by the European Central Bank on track for early next year.

You can learn more about trading by listening to our regular webinars; here’s a list of what’s coming up