IMF Upgrades Global Growth Forecast Despite Weakness in US and UK

Check out our analysts Q4 2017 market forecasts for the US Dollar and global equity indexes,on the DailyFX Trading Guides page

The International Monetary Fund released their World Economic Outlook report today, highlighting global growth performance relative to their expectations from earlier this year. Most notably, the IMF saw better than expected performance in the global economy following 2016, the weakest year since the financial crisis. Due to this improvement in growth, the IMF upgraded their outlook for 2017 and 2018 to 3.6 and 3.7 percent respectively.

The IMF report also saw a notable increase in economic performance from advanced economies, driven primarily by the Eurozone, Japan and Canada. The performance of those regions outweighed relative to underperformance from the United States and United Kingdom. The general strength of advanced economies during the first half of this year led the IMF to increase their forecast for developed countries to 2.2 percent versus 2.0 percent from their April report.

Growth forecasts have been downgraded for the UK in 2017 and in the US for both 2017 and 2018. The United Kingdom saw weaker than previously expected performance in the first half of 2017, as the country grapples with its contentious divorce from the European Union. The IMF also noted the lack of substantive policy change from the United States, whereas in its April report they had expected to see some fiscal stimulus. The IMF is currently running on the basis that policies will remain relatively unchanged, including expectations for tax cuts.

The IMF’s outlook for medium term risks remain “skewed to the downside” as they see a number of factors possibly hindering future performance. One such risk has been the noteworthy rise in US interest rates and its impact on the pace of global financial tightening. According to the report, similar tightening in the Eurozone may be premature as periphery members continue to see weaker relative growth.

Despite its upward revision in China’s performance expectations, the IMF sees its steepening debt trajectory and slower economic realignment towards services and consumption as a medium term risk to global growth. In the absence of much needed financial reforms, China risks “heightened probability of a sharp slowdown, with adverse economic repercussions”.

Other notable risks identified by the IMF include inward or “protectionist” policies, domestic political friction, rising geopolitical risks and global security concerns. The IMF stated that such risks could influence the flow of capital as these factors impact market sentiment and could spur risk aversion. 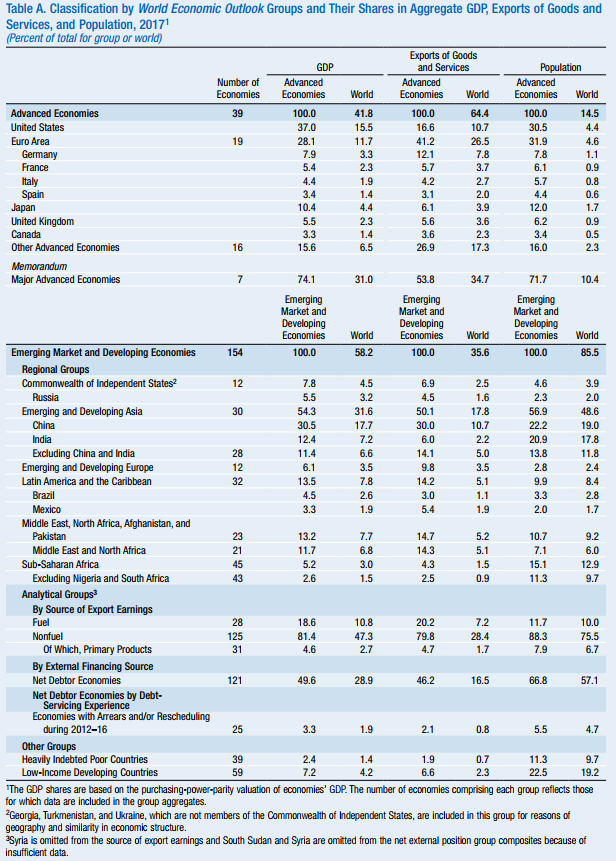