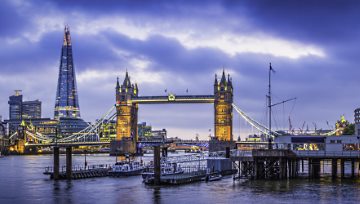 - UK PM May to update Parliament on latest Brexit negotiations as Denmark calls for talks to speed up.

And if you are new to FX trading and would like to know the Traits of Successful Traders, updated guides are here.

UK PM Theresa May will address Parliament on Monday afternoon and tell them that the impetus is now on the EU to move Brexit talks forward as the fifth round of negotiations begin. Speaking to Parliament for the first time since her Florence speech, the PM is expected to say that while the course of progress will not always be smooth, both sides should approach talks in a constructive manner. May is likely to add that after making concessions in her Florence speech, that the ball is now in the EU’s court to move things forward.

And the UK PM will likely be cheered by recent comments from Danish Finance Minister Kristian Jensen who is also looking for negotiations to push ahead. In an article in the Guardian over the weekend, Jensen said that while negotiations are always tricky, it is important that “we get into a more close and more speedy process on concluding some of the issues.”

While the latest round of Brexit talks, starting this week, are not expected to conclude that necessary progress has been met for the UK to commence trade talks, GBP has perked up a little ahead of UK data releases on Tuesday which are expected to show that while growth remains subdued, the backdrop remains supportive for a UK interest hike this year. The EU Council meets on October 19/20 to decide if sufficient progress has been made.

GBP/USD continues to claw back some of its recent losses, despite the recovery in the greenback. The pair are finding support from the 100-day EMA, around the 1.3080 area, with the 50-day EMA at 1.3200 and the 20-day EMA at 1.3260 potential upside targets. The pair are also trading in oversold territory, according to stochastic indicators which may prove a further boost to the upside.

The latest IG Client Indicator however shows that retail traders are net long of GBP/USD which may point to further downside movement. We typically take a contrarian view to crowd sentiment, and the fact traders are net-long suggests GBPUSD prices may continue to fall. Traders are further net-long than yesterday and last week, and the combination of current sentiment and recent changes gives us a stronger GBPUSD-bearish contrarian trading bias.