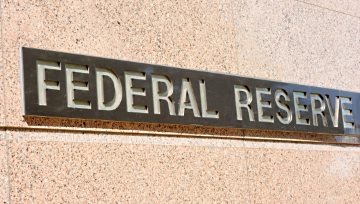 US Dollar Rises As Markets and Fed Prepare for December Hike

Join the DailyFX US Desk Analysts as they take part in roundtable live coverage of tomorrow’s Non-Farm Payrolls release, as it crosses the news wires. Sign-up for that webinar and other live events on the DailyFX Webinar Calendar!

Philadelphia Fed President Patrick Harker spoke around 12:30 GMT and shared some comments regarding the upcoming and much anticipated appointment for the next Fed Chair. He noted the importance of having a deep understanding of the economy and markets in order to lead the Fed. Harker, who is currently an FOMC voting member, also echoed the sentiments of other Fed members on topics such as employment and inflation. Below are some of his comments from today’s interview.

San Francisco Fed President John Williams is currently not a voting member of the FOMC. His comments today focused on inflation and some pertinent fiscal policy related impact on prices as well as his outlook for the economy.

The Kansas City Fed President began speaking around 20:30 GMT and noted the need for further gradual interest rate hikes, in line with rhetoric from other Fed members. She also discussed the risks that may arise from waiting too long to raise rates, such as a steeper hike path later on, echoing other members’ concerns. Below are some of her comments from today’s press event.

In the previous FOMC meeting, held on September 20, the Fed kept rates unchanged at 1.25 percent. However, they announced that October will be the start date for its policy normalization plan focused on reducing its 4.5 trillion dollar balance sheet. The next FOMC meeting will be the second to last one for 2017, and will be held on October 31 through November 2.

Alongside the FOMCs announcement, the bank released figures from its Survey of Economic Projections report. The FOMC members’ median expectations for GDP growth were 2.4 percent in 2017, falling to 2.1 in 2018, with long run projections of 1.8 percent. The Fed’s median projections for core inflation see prices rising to 1.9 percent in 2018 and remaining at 2 percent through 2020. Fed Funds futures are currently indicating a 73 percent probability of a 25 basis point hike in December to 1.50 percent.