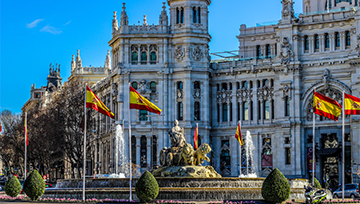 - However, there is likely to be little lasting damage to the Euro from the dispute.

Market action over the last few days suggests that the Euro is unlikely to be hit hard by the independence movement in the Catalonia region of Spain but that Spanish stocks and bonds could continue to suffer.

A banned independence referendum went ahead on Sunday despite the presence of Spanish riot police, who used truncheons and rubber bullets to try and stop it. While turnout was therefore low, preliminary results showed around 90% in favor of secession and Catalonia’s leader, Carles Puigdemont, is expected to ask the regional Parliament to declare independence Monday.

Such a move would continue to be opposed strongly by the Madrid authorities, and Spain’s King Felipe VI has also voiced his opposition to it. Political risk in the Euro-Zone has been heightened by the crisis, which could result in the Catalan Parliament being dissolved and new regional elections being held. However, it has already become clear that the Euro will likely shrug off the tension and continue to react to more traditional drivers such as the prospect of a tightening of Euro-Zone monetary policy.

Spanish assets, however, will likely remain under pressure. The IBEX 35 index of Spanish stocks fell sharply after the referendum and has rallied only modestly since. At one stage it was at its lowest level since early March, recording its biggest one-day fall since the UK’s Brexit referendum in June last year and easing briefly below the psychologically important 10,000 level.

Shares in Catalonia’s Banco de Sabadell and CaixaBank have been hit particularly hard, as has Spanish sovereign debt. The yield on the 10-year government bond rose to 1.810% early Thursday, its highest since March, and the spread over the benchmark 10-year German Bund, now at 130.5 basis points, hit its highest since April at 136bp.

Spanish five-year credit default swaps – which measure the risk of a default by the Spanish government – hit their highest since March and the Standard & Poor’s credit rating agency has said it may downgrade Catalonia’s debt rating, although the region has only some €5.36 billion of Euro-denominated bonds outstanding.

So while the Euro will likely remain unscathed by the crisis, with little sign of contagion to other countries in the region, Spanish bonds and stocks could yet suffer more.