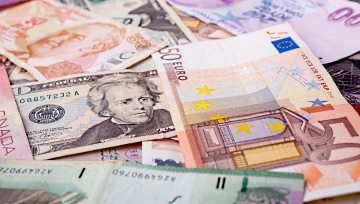 What does the retail trading community make of your favorite currency of the moment? Check out the DailyFX Sentiment Page

Asian markets had a mixed Thursday with investor focus already on official US labor-market statistics which will come after local trading ends Friday.

Forecasters are looking for a rise of about 70,000 jobs in September, with the data likely to be hit hard by the hurricanes which lashed the US over the survey period.

While they waited, investors seemed unable to replicate the exuberance which saw Wall Street post yet more record highs Wednesday, perhaps as markets in Chana, Hong Kong and South Korea were shut for public holidays. The Nikkei 225 ended up, but only just, adding 0.01%. Australia’s ASX 200 was near flat too.

The US Dollar managed to inch up against its most widely-traded peers but a pullback in US Treasury yields seems to have dulled its allure somewhat. The Australian Dollar slipped early on some unsettling local data. The country’s August trade balance was in hefty surplus, and its July balance was revised hugely. However retail-sales data missed estimates badly, casting a pall over the crucial consumption sector.

Crude oil prices were steady as investors mulled the chances of an output-cut extension from traditional producer nations while gold prices barely moved through the Asian session. Bitcoin was under a bit of pressure, having retreated quite sharply from the highs above $44000 made earlier this week. Some reports suggested that an emergency difficulty adjustment (EDA) was responsible as these can incentivise a switch into Bitcoin Cash.

In terms of scheduled economic news, the remainder of Thursday will offer investors the European Central Bank’s account of its last monetary policy meeting. There could be some downside for the Euro here, according to DailyFX’s Senior Currency Strategist Ilya Spivak. After that the focus will move across the Atlantic for a look at US jobless claims, along with its trade balance, factory-order and durable-goods numbers.