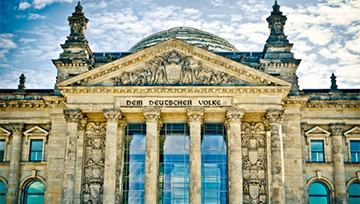 - The Euro is weaker in Europe Monday after the German election delivered a worse-than-expected result for Chancellor Merkel.

- By contrast, the Pound has not been hit hard by Moody’s lowering of the UK’s credit rating.

The Euro is struggling in Europe Monday as traders digest the German election result, which could lead to a prolonged period of coalition building, but the British Pound has been largely unaffected by Moody’s Friday downgrade of the UK’s sovereign credit rating to Aa2 from Aa1 due to concerns about the UK’s public finances and fears Brexit could damage the country’s economic growth.

Chancellor Angela Merkel won the German election but now faces a prolonged period of coalition building following a strong showing by the far-right AfD. It won 12.6% of the vote but that should not stop Merkel from forming a new government with either the social democratic SPD or a combination of the liberal FPD and the Greens – either of which would give her a Parliamentary majority.

The Euro has also had to price in French President Emmanuel Macron’s first electoral setback Sunday, when his Republic on the Move party won fewer seats than expected in elections for the French Senate, and a weaker than forecast German Ifo business climate index for September, which came in at 115.2, below the 116.0 predicted by economists.

However, the Euro’s near-term movement will likely be driven by European Central Bank President Mario Draghi’s comments at a meeting of the European Parliament’s Economic and Monetary Affairs Committee at 1300 GMT, when he will present the ECB’s perspective on the latest economic and monetary developments in the Euro-Zone ahead of a discussion with committee members.

Meanwhile, the British Pound has largely ignored Moody’s downgrade of the UK’s sovereign credit rating and is more likely to be influenced by the delayed start today of the fourth round of Brexit talks between the UK and the European Union. UK Prime Minister Theresa May’s long-awaited Brexit speech Friday was largely devoid of new initiatives, potentially making the talks problematic. A conference by the opposition Labour Party is less likely to influence the currency.