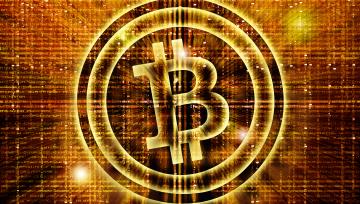 - Chinese regulators have banned new projects raising cash via crypto-currencies according to a Caixin report.

- The total crypto-currency market capitalization falls in excess of 10% with losses spread across the board.

Overnight news that Chinese authorities have banned new projects raising cash via crypto-currencies sent the digital market sharply lower, with double-digit losses commonplace. Bitcoin, having made a fresh all-time high of $4922 on Friday, fell back to just under $4400, while Ethereum fell from Friday’s high of $393 to a near two-week low of $319.

The report by Chinese news outlet Caixinhighlighted that not only will new projects be banned from raising cash via crypto-currencies but also that regulators will also be inspecting 60 ICO platforms. Two Chinese platforms, ICOINFO and BTCC, have already halted ICO-functionality, according to the report with others expected to follow.

I will be discussing Bitcoin Trading and Strategy every Wednesday at 12:00 pm – if you would like to join me, please click here.

In another worrying sign, the crypto-currency market failed to build on the heightened International tension after North Korea said that it successfully tested a hydrogen bomb on Sunday, while South Korea said that it expected further missile launches from its neighbor. Over the past few weeks the digital space has continued to move higher through times of ‘risk-off’ markets, setting new highs.

The Chinese clampdown knocked the best part of $20 billion off the market capitalization on Monday with the market a sea of red. Recent high-flyers, including Litecoin (LTC), were not spared with double-digit losses commonplace. LTC has doubled in the last two weeks on news of the companies Lightning Network, a new technology that offers cheaper and faster crypto-currency transactions. 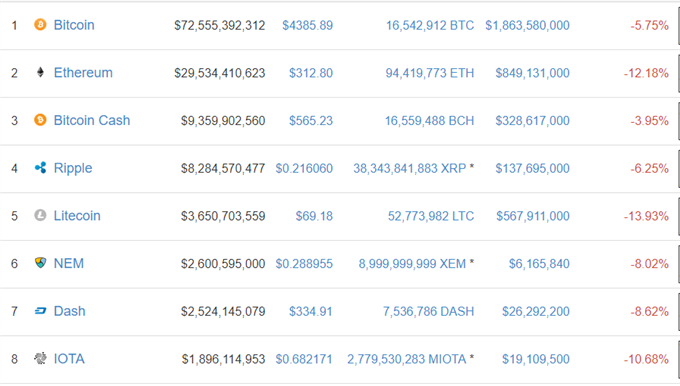