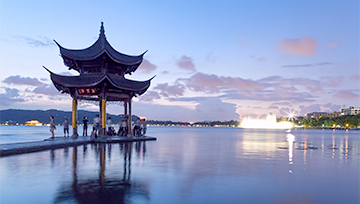 Asian Stocks Pick Up Across Board On Central Bank Optimism

Get live coverage of all major Asian economic data, including Friday’s Japanese consumer price numbers, at the DailyFX webinars

Bank of England Governor Mark Carney became the latest central bank chief to hint that a better economic backdrop could mean that it’s time to dial back some post-crisis stimulus. His words came after Federal Reserve Chair Janet Yellen said earlier this week that no new financial crisis was likely “in our lifetimes.” The Nikkei 225 added 0.4%, with all other major regional bourses higher. South Korea’s Kospi had an especially excellent day. It made a new record high, briefly crossing the 2,400 point threshold.

The US Dollar was stuck at one-month lows against both the Euro, and even slipped against the British Pound. Investors moved to price in tighter monetary policy in Europe, based on this week’s central bank commentary, both in Frankfurt and London. The European Central Bank said on Wednesday that President Mario Draghi’s earlier remarks had been intended to signal tolerance for weaker inflation rather than any immediate policy move, but the Euro moved up anyway. The New Zealand Dollar got a boost from a very upbeat snapshot of consumer confidence, while its Australian cousin held firm on news of another rise in new-home sales. Japanese retail sales missed forecasts but still managed to maintain a decent run of annualized monthly gains.

Crude oil prices made moderate gains, of around eight cents or so a barrel. News of a decline in US production have put them on course for a sixth straight session of gains. Gold meanwhile edged up on that US Dollar weakness, rising to $1,251,87/ounce.

There’s plenty of economic data still to come through Thursday. In Europe investors will get a look at UK consumer credit and German inflation. Focus will probably be on the US though, from whence will come the “final” official look at first-quarter Gross Domestic Product. There’ll also be details of personal consumption along with initial and continuing jobless claims.