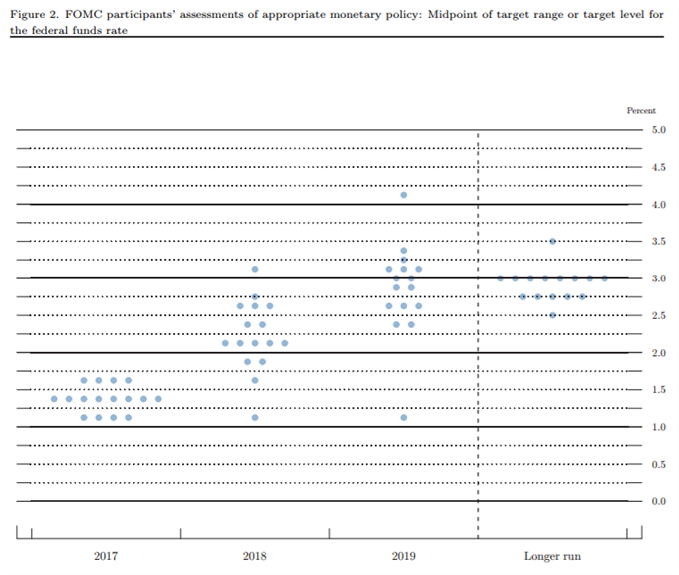 - Federal Reserve raises rates for the second time this year.

- US Dollar fails to rally despite rate rise - looks like a 'dovish hike.'

In another highly telegraphed policy change, the Federal Reserve raised rates by 25-bps to 1.00-1.25%. Yet in what we consider to be a "dovish hike" (an oxymoron), the Fed has chosen to maintain its rate 'glide path' while cutting its outlook in its Summary of Economic Projections (SEPs)

Even though the lack of change in the Fed's dot plot was perceived to be a bit more hawkish than anticipated, a review of the economic forecasts underscores why the US Dollar isn't producing any gains. 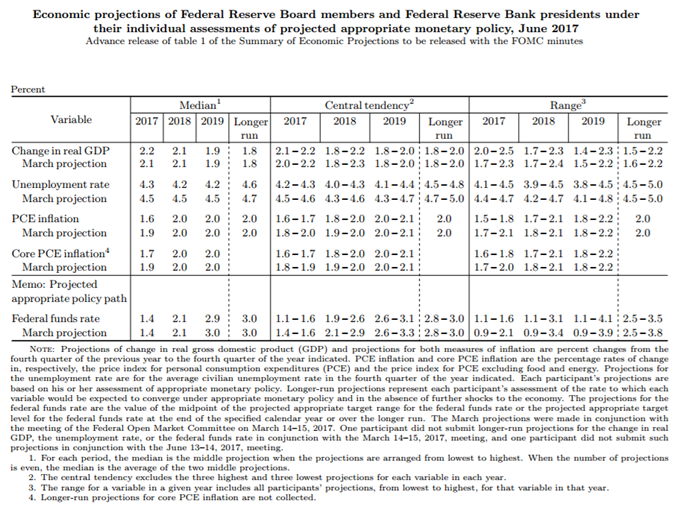 While the Fed boosted its 2017 GDP forecast and lowered its 2017 Unemployment Rate forecast, it also reduced its 2017 inflation forecasts. The market may already be recognizing this as illogical: inflation is expected to remain below the Fed's medium-term target of +2%, but the environment will still warrant a third rate hike this year?

We'll be watching how the US yield curve moves around these developments and Fed Chair Yellen's press conference at 18:30 GMT: the US yield curve has been flattening, and if ST yields continue to rise and start to supercede LT yields, we'd be looking at a yield curve inversion. For the US, every recession in the post-war era has been preceded by an inverted yield curve. The 2s10s curve has flattened from 136-bps in December 2016 to 80-bps after the rate decision today. 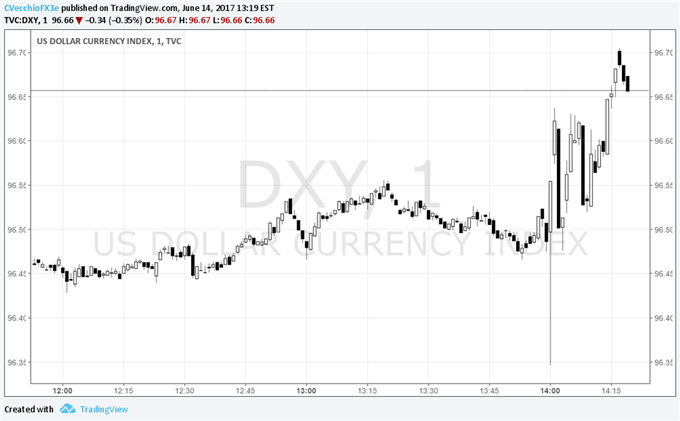 Around the FOMC meeting, the DXY Index traded in a whippy fashion, ultimately resolving itself only marginally higher initially. Overall on the day, the DXY Index remains down. Additional volatility should be anticipated as Fed Chair Yellen takes the mic at 14:30 EDT/18:30 GMT.