- The Euro is too weak according to Germany but will the ECB listen while inflation remains subdued?

After countless calls from the German Finance Minister for the ECB to tighten monetary policy and boost the value of the Euro, German Chancellor Angela Merkel stepped into the fray recently, expressing concern that the single currency is ‘too weak’. Merkel said that the current ECB monetary policy is making German products cheap in relative terms – boosting the country’s trade surplus to record levels – while the flow of ultra-cheap money is also boosting inflation in Germany to uncomfortably high levels.

Recent data also point to a robust German economy, with Tuesday’s Ifo business climate index hitting the highest levels since reunification in 1990, while German private-sector output grew at the fastest pace in over six years, according to ‘flash’ PMI data.

And it is the sharp rise in inflation over the last year that is causing Germany to push for tighter monetary policy, especially when domestic savers receive little or no interest on their savings, due to the negative yields on a substantial range of German government debt.

However, the latest commentary from ECB Vice President Vitor Constancio pushed back against the latest German commentary. Constancio said that the central bank must be cautious about premature withdrawal of stimulus, adding that it was better to err on the side of caution and withdraw stimulus too late rather than too early.

The single currency has been boosted by the recent German rhetoric and data, and has pushed to multi-month highs. Against an already weak US Dollar, the EUR pushed back to levels last seen in November 2016, before giving back a touch of the rally. On the technical front, the pair now trades above the 100-day moving average, a bullish chart set-up opening the pair to further upside towards the May 2016 high of 1.1616. 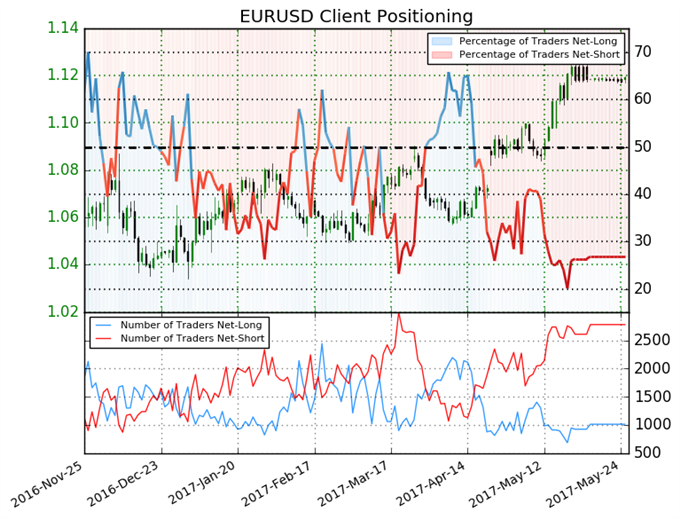