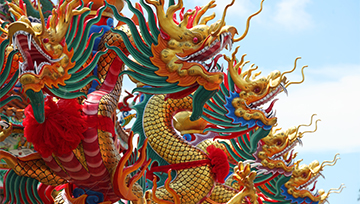 Asian Stocks Down Yet Again, US Political Risk Dominates

Asian stock fell hard and broadly once more Thursday amid US political ructions. These only got more intense with the appointment of a special counsel to head the investigation into Russia’s possible involvement with last year’s US Presidential election.

The Nikkei lost 1.3%, with the ASX off 1%. Chinese indexes were in the read on the mainland and in Hong Kong, with the Kospi shedding 0.3%.

On the local-numbers front, Japanese first-quarter Gross Domestic Product data beat forecasts but found the Yen market indifferent, possibly because they are unlikely to have any impact on Japan’s ultra-accommodative monetary settings. Australia’s official employment statistics made a mockery of the economic community, with 34,700 jobs created in April when only 5,000 more had been expected. Still, this wasn’t all good news for the Australian Dollar, or indeed the Australian economy. Part-time job creation surged but full-time employment fell. The Aussie Dollar's New Zealand cousin shrugged at news of stronger consumer confidence in its homeland. Markets were firmly focused on events in the US at the time of this data release.

The US Dollar was stuck around six-month lows against a basket of its most widely traded rivals; USD/JPY hit three-week depths around 110.50 before regaining some composure.

Crude oil prices lost about 20 cents/barrel in the case of both the US benchmark and international Brent. Clear evidence of abundant supply continues to outweigh efforts to cut production. Meanwhile Gold prices held up near two-week highs, with haven assets still in clear demand.