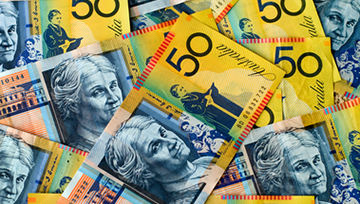 Get live coverage of policy decisions at the Reserve Bank of Australia, along with all other Asia/Pacific market movers with the DailyFX webinars.

The Australian Dollar was steady Tuesday following the release of minutes from the Reserve Bank of Australia’s last monetary policy meeting, which took place on May 2.

The minutes contained nothing which should have surprised the market, and duly didn’t, consistent as they were with previous RBA statements.

The central bank left the Official Cash Rate (OCR) alone at its 1.5% record low on May 2, as expected. The minutes said that steady rates were “judged consistent” with sustainable growth and hitting the RBA’s inflation target. They went on to say that developments in both labor and housing warranted “careful monitoring.”

With this in mind the next official labor market release – for April – will be closely watched. It’s coming on Thursday and the employment rate is expected to remain steady at 5.9%.

Meanwhile housing-market data since the RBA meeting has been patchy. News of a marked fall in building permit applications keeping investors on alert to see whether this becomes a trend.

The RBA again fretted that low wage growth and strong competition were dampening inflation. It also said that a rising Australian Dollar would “complicate” the country’s adjustment away from mining-sector reliance, but this is an old theme. The minutes noted that the outlook for China’s economy was an ongoing source of uncertainty for both Australian and global trade.

In any case interest-rate futures bets currently don’t price in any change to the OCR in 2017 and the jury remains out about a move until well into next year. At present, however, markets seem reasonably certain that when a move comes it will be a rise. The RBA’s focus on household debt levels have left markets with the distinct impression that it would not further stoke this fire with lower interest rates except in clear, dire need.

The Australian Dollar ticked up, then down again after the minutes’ release, staying around the 0.7430 area.