- FTSE bulls want breach of important 7,450 level to be maintained.

Would you like to know more about trading the financial markets?DailyFX’s trading guidesshould be your first stop.

European stocks have been boosted by improved financing for China’s ‘One Belt, One Road’ infrastructure project announced by President Xi Jinping at a summit Sunday and Monday.

Xi hailed the hugely ambitious initiative, which was launched in 2013, as the “the project of the century” as he pledged more than $100 billion in new financing and assistance. China says the plan will revive ancient trade routes from Asia to Europe and Africa, though its critics see it as an attempt to expand Chinese influence. Investors, however, are eyeing it as a chance for Western companies to enjoy new avenues and growth opportunities.

Stock market climbs were helped by the big jump in oil prices – and therefore oil shares – on the back of Russia and Saudi Arabia agreeing output cuts until March 2018. The oil rally has also boosted the commodity currencies, such as the Canadian and New Zealand Dollars and the Norwegian Krone. USDCAD dropped to a session low of 1.35960. NZDUSD has gained 0.0022 to trade at 0.6890. USDNOK has shed 0.0260 to trade at 8.5350. 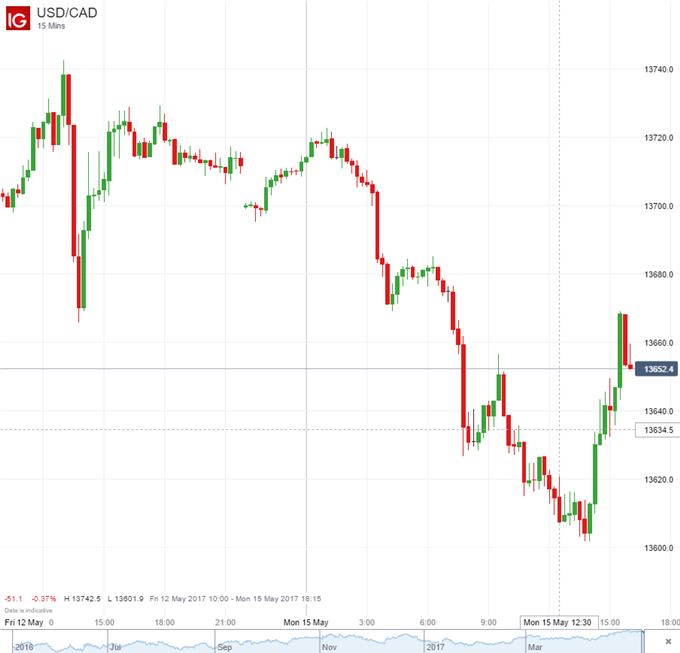 Would you like to know more about financial market trading, or to get live coverage of major economic events? TheDailyFX webinarsare for you