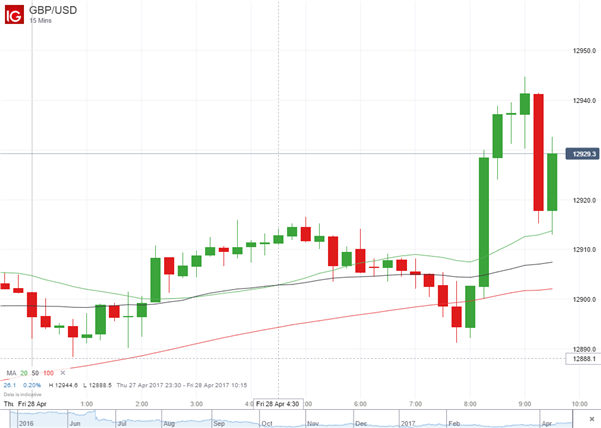 - But the Pound holds its strength

The British Pound has held its recent gains despite economic growth slowing sharply in the first three months of this year, according to the Office for National Statistics.

Robert Gardner, Nationwide’s Chief Economist, blamed rising inflation, which is driving down real incomes. “There may also be more fundamental reasons for the slowdown. House price growth has been outstripping earnings growth for a sustained period of time, steadily eroding affordability on a number of metrics. For example, the typical house price is currently 6.1 times average earnings, well above the long run average of 4.3 times earnings, and close to the all-time high of 6.4 times recorded in 2007.”

Before the GDP data release at 0930BST, Sterling had hit its highest level against the US dollar since last September. And it looks to have held on to those gains.