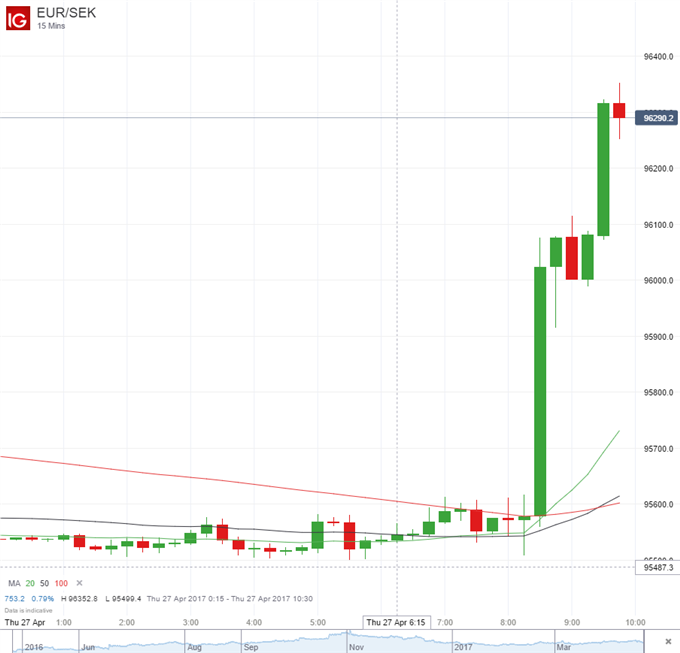 - But it surprises markets by extending its bond-buying program,

- It also shifts its forecast for an interest rate rise even further back, until mid-2018.

The Swedish Krona dropped in early Thursday trade after the country’s central bank, the Riksbank, unexpectedly shifted its policy stance at its April meeting.

As was forecast, it left interest rates unchanged at -0.5%, but it surprised markets by announcing an extension of its quantitative easing program.

It will extend its monthly bond purchases by a further SEK15bn (€1.56bn) during the second half of the year. It has shifted its forecast for an interest rate rise even further back, until mid-2018.

Without a substantial pick-up in prices globally, inflation is therefore most likely to continue to be a challenge for the Riksbank, so traders shouldn’t expect a hawkish turnaround in policy any time soon.

Here is the reaction in EURSEK.

The Krona also dipped versus the US Dollar. 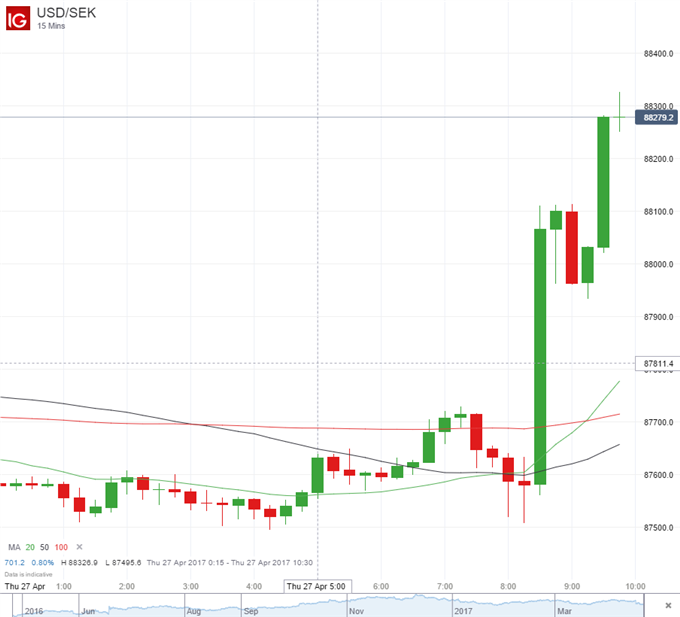