- Their results were buoyed by higher interest rates.

- The positive results suggest the Fed will continue to tighten monetary policy.

Positive results from the US’s top three banks released Thursday supported current expectations of a strong US earnings season that will bolster the markets’ confidence that US interest rates will rise several times before the end of this year. Profits at JPMorgan, Citigroup and Wells Fargo were all lifted beyond expectations by higher interest rates, as well as increased banking and trading activity.

“We are off to a good start for the year with all of our businesses performing well and building on their momentum from last year,” CEO Jamie Dimon said in a statement.

“US consumers and businesses are healthy overall and with pro-growth initiatives and improving collaboration between government and business, the US economy can continue toimprove,” he added.

Citigroup also reported better overall performance than a year ago. Its Q1 EPS rose to $1.35 a share versus the $1.24 consensus estimate. Its revenue rose to $18.120 billion, above the $17.758 billion expected by analysts.

Wells Fargo’s EPS of $1 beat the 97 cents expected by analysts, but its revenue was slightly weaker than expected at $22 billion versus the $22.32 billion predicted.

The positive results come as increasing geopolitical risks and Donald Trump’s jawboning of the US Dollar have hit US stocks. However, the strong results from three of the US’s top four banks suggest a strong US consumer and a US economy holding up well, so in theory support current Fed rate-hike expectations.

JPMorgan’s net interest margin also climbed 11 basis points, more than expected, which suggests the Fed’s last two rate increases are having a bigger effect than the December 2015 lift did.

The results also bode well for the broader US corporate earnings season, which will offer an important check on the financial health of the world’s largest economy. 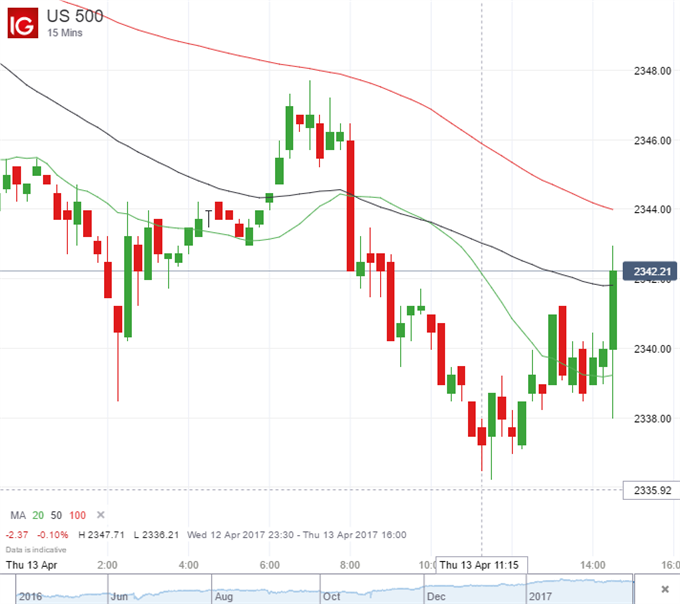