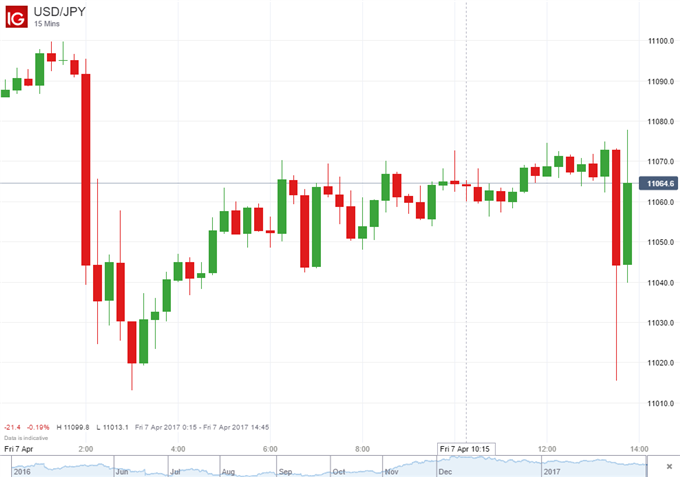 - Last month’s figure is also revised down to 219K.

The US Dollar fell then rose against its main rivals after the US March US Nonfarm Payrolls report revealed 98,000 new jobs were created in the month, missing estimates of a figure of 180,000. Last month’s rise of 235,000 was also revised down to 219,000.

But earnings growth matched estimates, growing 0.20% month-on-month in March, the same level as February. Year-on-year, average hourly earnings also matched estimates, rising 2.70%, slightly down from the 2.80% rise in February. Markets were clearly disappointed with the drop in the headline figure, but the Greenback then quickly recovered.

There were earlier predictions that any drop would most likely be down to seasonal factors, with the unseasonably warm weather the US experienced in the first few months of the year meaning jobs growth was probably 'pulled forward' from forthcoming jobs report.

Here’s the Dollar dropping then revering against the Yen.

Here’s EURUSD losing its initial gains made after the release of the report. 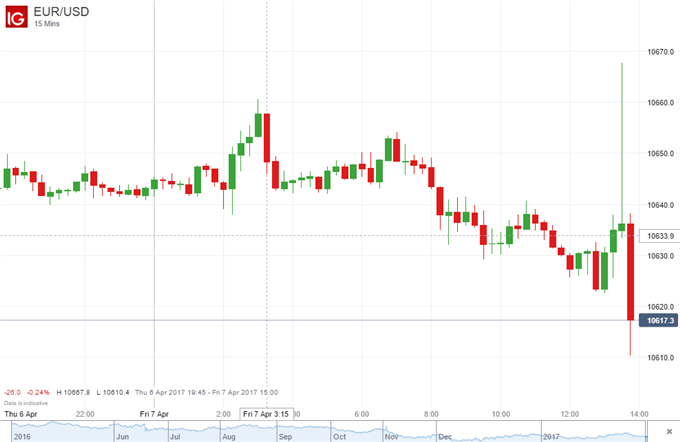 Gold also gained on the news. Today has seen an exodus from riskier assets on the news of US missile strikes against Syria, which saw the Dollar weaken against the Yen – seen in the above chart. 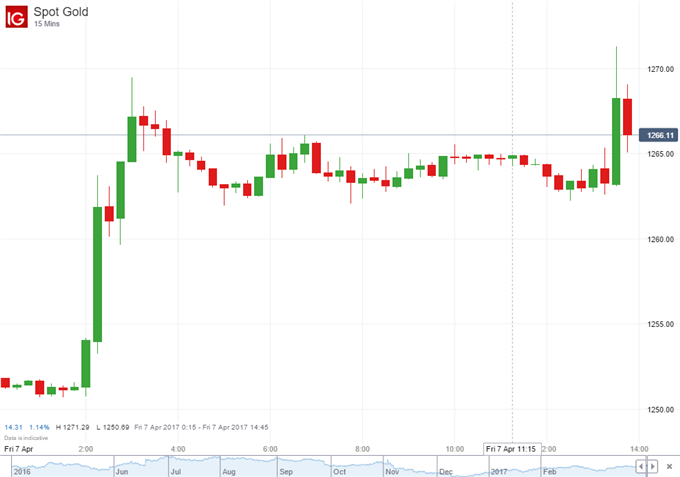