- FOMC raises benchmark interest rate to range of 0.75-1.00%, as was expected by markets (Fed funds futures were pricing in a 100% chance pre-meeting).

- US Dollar sinks across the board without new hawkish guidance; USD/JPY slips under 114.00, EUR/USD challenges 1.0700.

The Federal Open Market Committee surprised absolutely no one today when they announced they would hike the main overnight benchmark rate into a range of 0.75-1.00%, as was priced into the market well in advance of today’s policy meeting. After a series of hawkish commentary from Fed officials in late-February and early-March, coupled with another strong US labor market, today’s rate hike was all but guaranteed.

If anything was going to drive the US Dollar higher today, it would have been an upgrade to their expectations for further rate hikes. However, none materialized: like in December, the FOMC still believes that there will be a total of three rate hikes in 2017. For the greenback, three rate hikes were already priced into the market as of this morning.

Commentary from the initial FOMC statement suggests that policymakers are only cautiously optimistic on the US economy. Describing inflation as “close to the goal” of +2% over the medium-term, policymakers cautioned that the target is “symmetric.” The FOMC believes that inflation is expected to stabilize around +2%, and rates will evolve to ensure that there is a “sustained return to +2% inflation.” 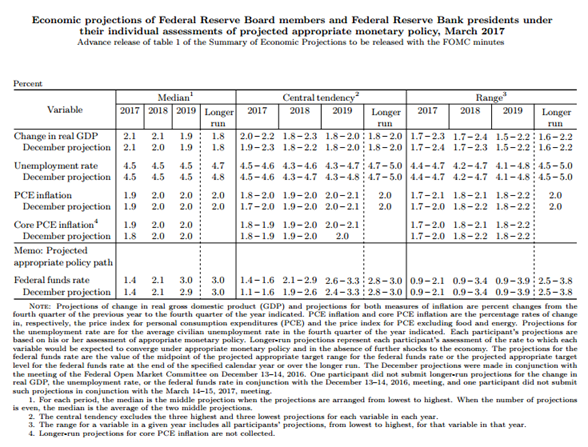 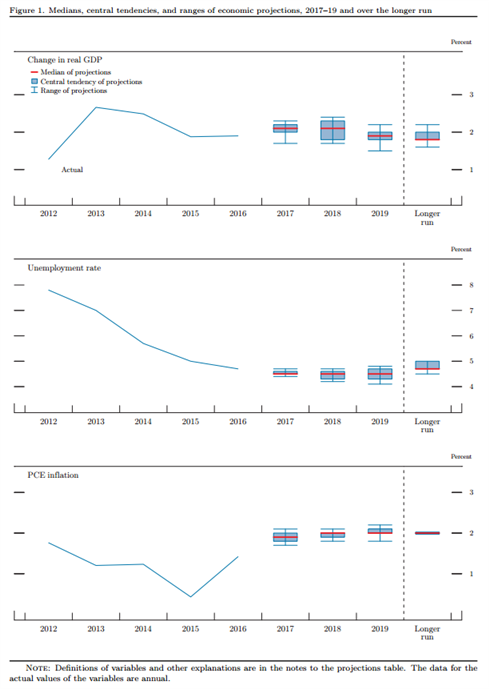 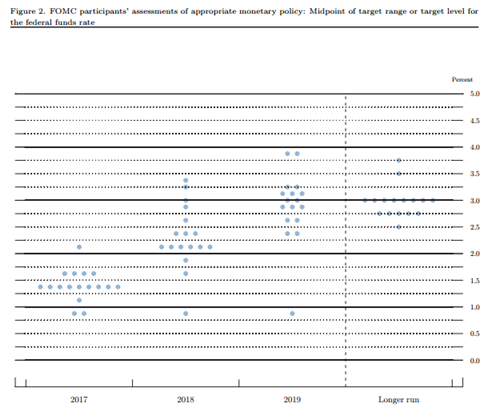 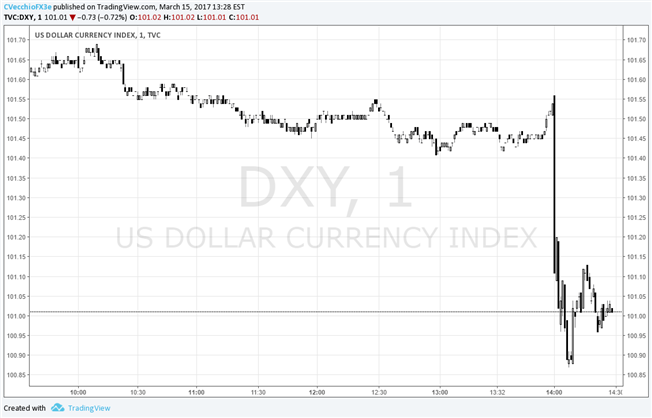 Immediately following the data, the US Dollar slipped back versus the Euro and the Japanese Yen, with the Dollar Index (DXY) falling from 101.54 ahead of the FOMC decision to as low as 100.97. DXY Index was trading at 101.02 at the time this report was written.

Read more: Preview for March FOMC Rate Decision and Impact on US Dollar