Euro Stable on Election Day in the Netherlands

- The Euro was broadly steady Wednesday as investors took the view that there was little event risk in the Dutch elections.

- Geert Wilders’ Freedom Party, which wants to take the Netherlands out of the EU, close mosques and ban the Koran, was seen as having little chance of taking power.

The first of three important elections this year in Europe was taking place on Wednesday, with voters in the Netherlands heading to the polls to elect a new government. Attention centered on the performance of far-right anti-immigration populist Geert Wilders, who wants the country to leave the EU. However, political analysts argued there was little chance of his Freedom Party garnering enough votes for him to become Prime Minister.

In all, 28 parties are running in the election and all Wilders’ main rivals have said they will not go into coalition with the Freedom Party. As a coalition is bound to be needed, Wilders’ chances of becoming Prime Minister are therefore vanishingly slim. Moreover, support for him has been slipping.

Current Prime Minister Mark Rutte is seen as having handled the country’s recent spat with Turkey well after he banned two Turkish ministers from addressing rallies in the country. In response, Turkish President Recep Tayyip Erdogan accused the Netherlands of being “Nazi remnants”.

On the day of the elections, the Euro held its ground against its major rivals, including the Dollar, with trading in EUR/USD dominated by the interest-rate outlook in the US. 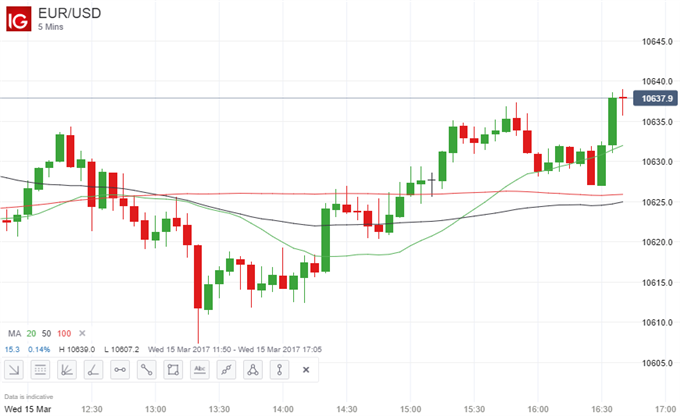 The Euro was also stable against the British Pound and the Japanese Yen, while the yield on the benchmark 10-year Dutch government bond was flat at 0.501%, just 8.6 basis points more than the yield on the equivalent German issue.

Elections in France and Germany are due later in the year and are expected to be more important for Euro-Zone assets, with attention focusing on their far-right parties, the National Front and Alternative for Germany respectively. In the meantime, voting in the Dutch elections ends at 2000 GMT Wednesday and exit polls will be released to the media soon after.

A provisional result is expected around 0500 GMT Thursday but it could take several weeks for coalition talks to conclude and a new government to be formed.