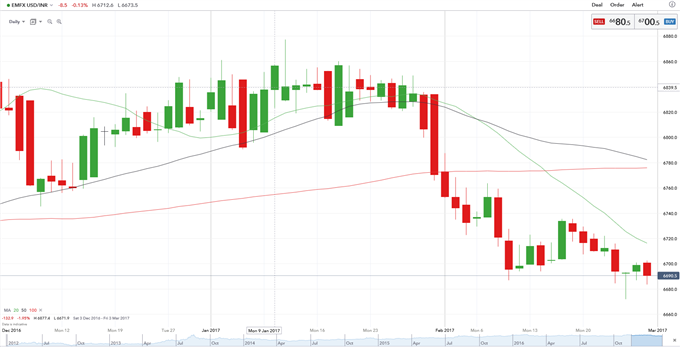 Third-quarter Indian growth figures shrugged off last November’s demonetisation and grew by 7%, according to official figures from the Indian Ministry of Statistics and Programme Implementation (MOSPI). Although lower than Q2 growth of 7.4%, today’s numbers beat market estimates of 6.0%-6.1% expansion.

The Indian government’s demonetisation program – destroying old 500 and 1,000 rupee notes and replacing them with new 500 and 2,000 rupee notes – was expected to hit the India economy hard. While taking out the most favored black market trader’s notes will help to improve the countries tax base and boost growth, cash flow is important and was expected to be hampered until the new notes are widely available. Analysts at Capital Economics are skeptical about today’s figures, especially after monthly data showed economic activity slowing down at the end of 2016.

“There are widespread doubts about the accuracy of the national accounts numbers, and the unexpected strength of today’s data will do nothing to allay these concerns. Ahost of monthly data, including for vehicle production and rail passenger volumes,suggest that economic activity fell sharply towards the end of last year as a direct resultof the government’s demonetisation measures.”